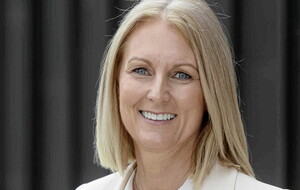 IT’S hard to remember a more turbulent time for business than the past couple of years.

When you add the recent political chaos at Westminster, a potential election and the rising costs of living, it all adds up to a terribly uncertain time for any business. Strong and stable it definitely isn’t.

After all of the personnel changes and policy U-turns at Westminster, one outcome is that the UK is now set to proceed with the corporation tax increase from next April 2023.

Kwasi Kwarteng, during his brief time as Chancellor, proposed a freeze to UK corporation tax at 19 per cent in his now infamous mini-budget, only for Liz Truss to ditch the policy (and the Chancellor) upon seeing the reaction from the markets.

It means that the UK will see an increase in the main rate of corporation tax to 25 per cent from next April for profits of £250,000 and above.

And that means that corporation tax devolution, resulting in a lower tax rate in Northern Ireland, is once again a viable policy which could attract Foreign Direct Investment and kick-start the local economy.

Chartered Accountants Ireland worked tirelessly for several years on a public campaign to devolve corporation tax raising powers to the Assembly before the Corporation Tax (Northern Ireland) Act 2015 received Royal Assent in 2015. Since then, the suspensions of the Executive have seen the issue relegated into the background.

In March this year, finance minister Conor Murphy established an impartial Fiscal Commission to evaluate the Executive's various tax powers, which aimed to give a complete picture of the costs and advantages of additional fiscal devolution initiatives.

The Commission’s report stated that “there is a case for lower rates of corporation tax in poorer regions of the UK in general and, given the proximity of the Republic of Ireland, Northern Ireland in particular”.

This review also looked at other potential tax-raising options which could be used to pay for a reduction in corporation tax. A Department of Finance consultation on devolution of more fiscal powers is now open until November 29 this year.

Of course, the UK is no longer a member of the European Union. As a result, state assistance regulations no longer have as much of an impact on Northern Ireland's ability to have a different rate from the rest of the UK. This, however, is dependent on the state aid clauses in the Protocol on Ireland/Northern Ireland, and is likely to be an area which requires closer examination.

International tax reform measures such as the proposal for a minimum global corporation tax rate of 15 per cent may also have a bearing on this issue. However, the fundamental reasons to introduce a lower rate of corporation tax rate in Northern Ireland when compared to the main UK rate remain strong.

It has, of course, been long talked about. At times a corporation tax rate cut for Northern Ireland has seemed impossible, or at least fanciful. It could, however, make a real difference to our local economy and growth prospects.

If we had a lower, competitive rate of corporate tax, Northern Ireland would be in a unique position to draw foreign direct investment, especially in the manufacturing and distribution sectors.

Combined with access to both the UK and the EU's single market for products, it could be a real game-changer, if and when Northern Ireland’s government is restored.

Therein lies another challenge. The Corporation Tax (Northern Ireland) Act 2015 allows for devolution of power to the Assembly once a restored Executive demonstrates its finances are on a sustainable footing.

That is easier said than done of course.

But it would be a fantastic way for a restored Northern Ireland Executive to demonstrate that our region is outward looking and open for investment from around the world.

It would also send a strong message that we’re open for business.

Corporation tax presents an opportunity for Northern Ireland once again