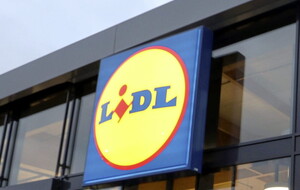 The supermarket chain’s plans centre on a six-acre site at Sprucefield Park, next to Sainsbury’s.

Lidl is proposing a 27,000 sq ft store next to the existing car park at the retail park.

The retailer’s plans were outlined in a proposal of application notice (PAN), lodged with Lisburn and Castlereagh City Council on Tuesday.

The site at Sprucefield Park, which could be developed for a new Lidl store. Image: Google

A PAN is a requirement for major developments, involving consultation with the public.

Lidl said, subject to approval, the Sprucefield store will replace its other Lisburn store on Prince William Road.

More details will be presented during an event at the Premier Inn hotel in Lisburn on November 15 (6.30pm-9pm).

The Irish News recently revealed the retailer’s long-term goal of ultimately opening 66 stores across the north.

That will involve the development of stores in smaller population catchments.

Lidl is also continuing with a long-term store modernisation programme, with the 19th replacement store due to reopen in Omagh on October 13.

Sprucefield Park was acquired by NewRiver for £40 million in late 2019.

The London-listed real estate investment trust sold 90 per cent of its interest in the asset in September 2020 to another fund, Bravo Strategies III, which is owned by Pimco.