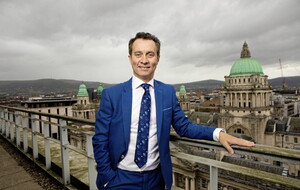 QUESTION: The UK government held a mini budget on Friday September 23. Can you explain what was announced and who were the winners and losers?

ANSWER: Chancellor, Kwasi Kwarteng unveiled a bumper mini budget, slashing taxes and cutting red tape to ease the cost of living crisis. Some researchers have said that the mini budget represents the biggest fiscal event since Nigel Lawson's 1988 budget. So let's see what the Chancellor has promised and who may be the winners and losers.

Some of the WINNERS include:

:: High earners - From April 6 2023, the basic rate of income tax will be cut from 20 per cent to 19 per cent. This will mean 31 million people will be better off by an average of £170 per year, according to the Treasury. At the same time, the 45 per cent top rate of tax, which currently applies on earnings above £150,000, will be scrapped entirely – so high earners will instead pay the 40 per cent tax rate on those earnings. This also means that those who would have otherwise been top-rate taxpayers will start to benefit from a personal savings allowance of £500 – meaning they'll be able to earn up to that amount in savings interest without it being taxed. Top-rate tax payers don't currently have any personal savings allowance.

:: Self-employed - Self-employed workers are in line to save money as part of a major tax shake-up. Controversial IR35 tax rules will be axed from April next year, which applies to self-employed workers who have set themselves up as private companies. This includes self-employed workers like delivery drivers, building contractors and many others who mainly work for other businesses who are not on the payroll. Under the current IR35 system, you don't get to decide your tax status - the business you work for does. It means self-employed workers often end up forking out unnecessary costs - and IR35 has been blamed for causing employers to swerve using freelancers to avoid a big tax bill sting. That means more contractors could be taken on by companies following the rule change.

Some of the LOSERS include:

:: Universal Credit claimants - People who work the equivalent of 12 hours or less a week at the National Living Wage have to look for more or better paid work. The Chancellot announced that will requirement will now rise to 15 hours a week. It means you have to do more to increase your earnings or risk seeing your benefits reduced or even stopped all together.

:: Renters - While home buyers are set to save thousands, renters won't be so lucky. A stamp duty relief means home buyers can bag a home without having to fork out thousands on a tax. Meanwhile, rent is soaring - earlier this year, a record number of landlords raised their rates. Recent runaway house prices has seen more people turn to renting as they are priced out of the market.

:: Pension savers - Workers are set to see less money going into their pension pot after a cut to income tax. The Chancellor announced that the basic rate of income tax, currently 20 per cent, will be reduced to 19 per cent from next April. While it gives workers a boost to their pay packet in the short term, as they will pay less tax, it will hit retirement savings in the long term. When you pay into your pension you usually get tax relief. For basic rate taxpayers it's currently 20 per cent, but when that's cut to 19 per cent, so will the tax relief.

:: Low earners - Although a cut to national insurance will benefit millions, low earners won't benefit as much as those on high incomes and those earning less than £12,570 won't benefit from the change at all.

:: Malachy McLernon (m.mclernon@fpmaab.com) is partner at FPM Accountants (www.fpmaab.com). The advice in this column is specific to the facts surrounding the question posed. Neither the Irish News nor the contributors accept any liability for any direct or indirect loss arising from any reliance placed on replies.