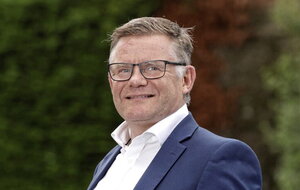 A GOVERNMENT grant scheme offering funding to businesses here who instal electric vehicle (EV) chargers has been described as a “game changer”.

The Office for Zero Emission Vehicles (OZEV) scheme could see businesses, charities and public bodies receive up to £850 per charger installed a move that EV infrastructure company, Weev, has praised.

OZEV will provide assistance towards the cost of charge points, funding up to 75 per cent of the cost of installations, with a maximum cut off point of £75,000 for eligible organisations.

The grant includes an EV Staff and Fleets initiative that provides small and medium sized businesses with up to £850 per charge point installed.

Weev, which is an authorised installer for OZEV and facilitates connections for a variety of grant schemes including for residential carparks and commercial landlord, will support the uptake.

Its chief financial officer Graeme Thompson, said: “Helping motorists and businesses drive down their emissions and fight climate change is at the very core of what we do.

“As the cost of doing business seems to spiral endlessly, organisations are trying to find new ways to reduce spending while also improving their own sustainability.

“Particularly those that operate fleets, whether a construction company running a number of vans, or an office-based firm seeking to provide company cars for senior staff, they are increasingly turning to EVs as the solution.

“The added attractions from low benefit in kind and a potential salary sacrifice scheme, make it a compelling proposition.”

In Northern Ireland there are currently 10,280 registered plug-in vehicles but only 345 chargers.

Northern Ireland was also the only region in the UK to see a decrease in charging points (-5.7 per cent) between April and June 2022, which quantifies as 20 devices.

Mr Thompson said Weev was already receiving a steady flow of inquiries from businesses who want to make the switch to EV but believe the entry costs are too great.

He added: “The funding available through OZEV is nothing short of a game changer. With the latest industry figures from Society of Motor Manufacturers and Traders (SMMT) showing that more than 20 per cent of new vehicles sold this year in the UK are plug-in electric, it is clear the tide is turning and businesses are acting now.”

Weev works across all sectors to support business leaders, helping them become more sustainable and advising them on how to avail of government support including the OZEV grant.

Earlier this year it announced plans to invest £20m in a new public electric vehicle (EV) charging network in over 350 locations across Northern Ireland.

In total, the company plans to instal 1,500 new charging points by 2025, including at six major ultra-rapid charging hub sites that will see drivers able to fully top-up their vehicles in less than 20 minutes.

This investment will help address the shortage of charging infrastructure in Northern Ireland.