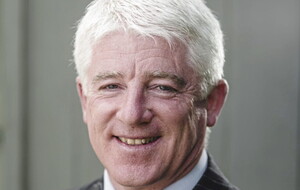 I’VE been asked to look at where we believe sterling will move in relation to the euro. Many are paid in euros and repatriating the money back and vice versa, while others are buying homes in the EU transferring cash. The property investment is focusing on the coming potential onslaught of inflation and hedging against that as property can be a natural hedge.

Reading the last two sets of MPC minutes there are references to the impact of Russia on energy and gas prices. Hans Gosling’s book reminds us that the blame instinct isn’t useful. We use simplistic finger pointing, and want a guilty party to punch in the face, and that derails our ability to develop a fact-based understanding. In short, be careful what you read.

So where will the euro versus sterling exchange go?

Fundamentally it revolves around many variables of which many are guessed. The two key variables for both the eurozone and sterling are inflation and how the economy is holding up. Last week, I stated that a 0.5 per cent raise was likely and if it came with positive strength in the UK economy (sadly not), sterling would rise. A raise of 0.25 per cent wouldn’t have been good for sterling.

There are downsides to both the euro and sterling. Recent minutes at the Bank of England had given hope for the UK economy with growth exceeding gloomy forecasts. What a difference a month makes, as the most recent minutes tell a different story. The committee voted with an 8-1 majority to increase rates by the expected 0.5 per cent, as CPI inflation is expected to rise from 9.4 per cent, to just over 13 per cent in Q4 of this year.

This was coupled by the news (see above note re ‘someone to blame’) that inflationary pressures had intensified after wholesale gas prices have nearly doubled since May. The UK takes only 5-8 per cent of its oil and gas from Russia, with Qatar, Norway and the USA being the largest importers to the UK in 2021. A weak sterling exacerbates the cost increase particularly against currencies that are strengthening like the dollar. Things just cost more.

As the Fed increases rates, the dollar increases and pushes the world down around it as it devalues all the other currencies. More expensive money slows lending, and economic activity slows as investment into the economy retreats.

The UK is exposed to winter prices as its only major storage facility was shut in 2017 by Centrica as the UK government refused to continue to support that strategic reserve. Now the UK sells its excess in the summer and buys off Norway in the winter. Enjoy those prices.

The UK’s economy and sterling has struggled since Brexit. Per capita income is up 3.8 per cent in real terms in the UK and 8.5 per cent in the remaining 27 states. The UK’s growth is expected to be the lowest in the G20 and the office for budget responsibility says it still expects a hit to the economy of 4 per cent from Brexit with half of that impact yet to come.

Most economists view that the harder the stance from any new leader on Brexit, the greater the impact will be on sterling. Let’s remember that in May, Bank of America corp warned of ‘existential ‘risks to sterling. Strong words.

The euro, through inflationary pressures and its reliance on Russian gas, and the dramatic impact on Germany’s manufacturing powerhouse, is very much at risk. There are many who have commented on Putin using the disruptions in the Nordstream to squeeze the EU, particularly because of its support and policies regarding NATO and the Ukraine. Your guess is as good as mine where that will go but it could be crippling for Germany and in turn the euro.

Of around 22 commentators, the average has £100 sterling offering c£116 in three months from now with the euro being stronger. I’m not sure I agree with that, I think it will be higher.

If you are sending money abroad, avoid high street banks. They can be five per cent more expensive than, say Torfx, the currency exchange broker.

Furthermore, if you are keeping an eye on the market and see a surge, you can ask the broker to forward price that contract securing that deal.