Menopause is a reality business can't afford to ignore 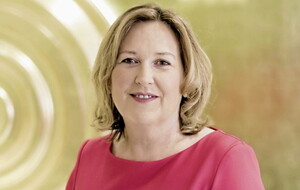 THERE is a cruel paradox simmering within the UK's working world: women going through the menopause, 4.5 million of whom are currently in employment, are the fastest growing workforce demographic, yet the ones most at risk of losing their best and brightest.

A report presented last week by the Women and Equalities Committee drew a stark red line under employers' menopause support – or lack thereof – which can leave female employees feeling discriminated.

What is a natural transition in every woman's life has for too long been dismissed as a taboo. An inevitable open secret only to be discussed behind closed doors, despite directly affecting 51 per cent of the population.

It's time we get comfortable with what has previously been an uncomfortable topic. Especially when research presented by the Committee revealed that women who experience at least one problematic menopausal symptom are 43 per cent more likely to have left their jobs by the age of 55 when compared to those experiencing no severe symptoms.

Meanwhile Bupa puts the total figure of women going through the menopause to have left work at 900,000 in the UK alone.

The numbers speak for themselves. We simply cannot afford to lose the talent and expertise of these women, not when the economy is caught in the teeth of a nationwide skills shortage. And particularly not when we need more diversity within leadership.

Losing women at the peak of their careers impacts upon business, leaving our board rooms and senior management teams without female leaders and their known qualities of empathy and compassion.

There's the knock-on effect on pensions, too. 51 is an age when a person's career – male or female – would likely be approaching its pinnacle. A time when not just earning potential but personal wellbeing and satisfaction are at a career high. It's at this stage when women going through the menopause most need protection, not to feel pushed out by outdated workplace policies and a dearth of support.

That's why I welcome the UK Government placing the spotlight squarely on what has traditionally been an unspoken reality. It's refreshing to talk about menopause and for it not to be the start of a comedian's joke. Women's health and careers are no laughing matter.

In April this year, Women in Business ran a women's workplace wellness event in partnership with Cavanagh Kelly. Over 300 women attended proving that, yes, women want information about their health and to talk openly and freely about the menopause.

We are beginning to see first-hand organisations implementing menopause policies, and while I support the ‘menopause leave' pilot proposed last week, I am concerned that a focus on changing legislation could delay tangible action and ultimately become a distraction. Women need support now.

Women do not want legislation, they want employers who value them. Employers who will support them to deal with their symptoms, whether it is a desk at a window, reduced hours, flexible work or even a period of leave. Businesses cannot afford to lose talented people, so support and patience is key to retaining these amazing women.

The menopause does not last forever, experience does!

:: Roseann Kelly is chief executive of Women in Business