Lack of Stormont government an added challenge in Bombardier dispute THE absence of a functioning government in Northern Ireland is an added challenge for those trying to protect jobs at Bombardier's Belfast factory, MPs have heard.

A trade dispute between the aircraft manufacturer and rivals Boeing has caused uncertainty for thousands of workers at the plant.

In evidence to the Northern Ireland Affairs Committee yesterday, Eugene Rooney, from the Department of the Economy, said: "It's a challenging situation for officers to be working in the absence of ministers, absolutely."

Mr Rooney was among three senior civil servants quizzed about the impact of the political impasse during a lengthy session at Stormont's Parliament Buildings.

He added: "Clearly local ministers would be much more involved because they are closer to the day-to-day issues that arise at the company.

"But we are trying to make sure our relations are good with the UK departments."

Earlier this month representatives from the Unite union expressed disappointment that senior political figures had not travelled to Washington to plead the case for Belfast.

Mr Rooney said: "The lobbying at a UK level is being led by the relevant UK departments and the Prime Minister has been involved.

"We will be making sure that we are keeping in good contact with the company locally and will be providing any information to help with what they are doing."

In September, the US Department of Commence (DoC) announced its intention to impose trade tariffs of 220 per cent on Canadian-based Bombardier's C Series jets, after Boeing claimed the firm had received excessive government support which gave an unfair business advantage in breach of trading regulations.

A further 80 per cent tariff was proposed in October, raising concerns that job cuts could follow at the Belfast site.

A final ruling is expected in the new year.

Everton loss merely a blip or a cause of concern for Arsenal boss Mikel Arteta? 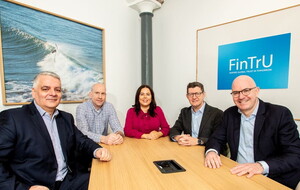