Are stocks over valued? NOBEL Prize winner Robert Shiller is among those now more insistently arguing that US equities are expensive. The cyclically adjusted price to earnings ratio (CAPE) seems to be the most common means of describing this alleged over-valuation. If this is the case, and we adjust for the lower levels of trend profitability generally seen outside of US corporations, then other equity markets are not that far behind.

Yet within our tactical asset allocation (our shorter term tilts to the various asset classes within our diversified portfolios), we still have a pronounced leaning towards equities, and within that, US equities remain our highest conviction overweight.

CAPE is a valuation measure derived by dividing the price of an index by the average of 10 years of corporate earnings adjusted for inflation. The idea originated from Benjamin Graham and David Dodd's investing bible ‘Security Analysis' published in 1934 and was later popularised by Robert Shiller and John Campbell in a 1988 paper.

The sensible point made was that one year forecast or realised earnings could be volatile and could therefore provide an extremely unsteady valuation platform from which to evaluate equity investments. CAPE's many disciples point to the fact that over the last 100 years, a high CAPE value has, on average, been followed by lower than average 10 year annualised excess returns with the reverse also being true.

Case closed? As always, it's not that simple.

Second, we are looking at this dataset with perfect hindsight, assuming that the investors of the past knew more than they possibly could have. A more honest ‘out-of-sample' approach would involve sorting starting valuations by using only past data available to investors at the time.

However, here you come to one of the problems with using CAPE as a tactical indicator. The rising trend in the CAPE seen over the last century would have left its tactical adherents persistently under-invested in stocks – always waiting for the market to come back to the mean that they had in mind, but all too rarely finding those moments. Of course all that may simply indicate that stocks have further to fall when that day of reckoning does finally arrive, however for those arguing for a reversion to the long term mean, that wait has so far been extremely costly in performance terms.

Those who would argue that we are on the cusp of a reversion to the CAPE's 100 year moving average, so, in part, justifying this long term underexposure, may underestimate many things, from changing sector composition to increasingly unrecognisable accounting standards.

However they may also underestimate the effect of dramatically reduced transaction costs. The price of acquiring and maintaining a diversified investment portfolio has plunged over the last century in particular. This has raised the net returns from stocks and facilitated greater diversification, so lowering the associated risk in equity investment. These are among the factors that suggest that at least some of this higher trend CAPE is justified.

The broader point though is that while the CAPE has decent predictive power with regards to long-term equity returns (with all the caveats noted above), its record over the shorter term is much weaker. This is not limited to CAPE in fact, but most mainstream valuation metrics. In the short term, there seems to be greater statistical support for using momentum indicators over valuation as a market timing instrument, dangerous though that may seem. The tricky job of asset allocators is to know when to reign in the influence of momentum on the portfolio.

In our opinion, the answer is not yet. Stocks, whether in the US, or elsewhere, are not cheap. However, even without signs of synchronised global economic vigour not seen for several years, there is good reason to argue that current stock market valuations are unlikely to be the defining factor with regards to near term returns. 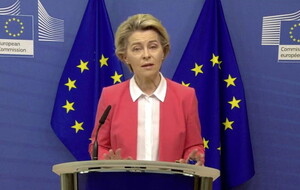