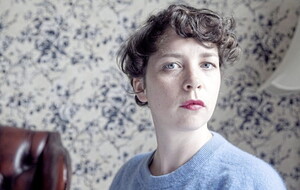 Lisa O'Neill is coming to the Empire Music Hall in November as part of the Belfast International Arts Festival.

WELL, the four-day summer has finally come to an end and people are returning from their foreign holidays on the Costas or their caravan in Millisle or their trip to the Gaeltacht ready to get stuck into the many activities which start up again in the autumn.

September is unusually spring-like, though instead of flowers blossoming and birds singing and lambs frolicking, new life springs up as people head to night classes, schools start back and more, more artistic events are planned and life moves up a gear.

Rather than birdsong, music is what is going to cheer us up as the days begin to get shorter and for trad fans, there seems to be a bumper harvest ahead of us.

It's not that the summer was a slouch. I'll never forget the Belfast Tradfest, from the storming Sharon Shannon at a packed Ulster Hall and The Unwanted at the Black Box to the young pupils at the daily 'slow sessions'.

The festival showed the range of music that's classed as traditional. During the break at the Sharon Shannon concert, I spoke to a father who had his teenage daughter and son with him; they had come all the way from Germany to be at the singing workshops.

At the singing circle, one of the standout singers was a Japanese girl who sang The May Morning Dew.

The internationalisation of Irish traditional music carries on apace.

Then there was Féile na hAbhann which, among other highlights, had a top class concert in St George's Market.

Organiser Fionntán Largey was telling me that for many of the core audience from the Short Strand, Market and Lower Ormeau areas, it was their first time at a traditional music gig - and they loved it.

There doesn't seem to be an area of Belfast that doesn't have a trad scene - what are the chances the city hosts the All-Ireland Fleadh in, say, 2025?

Exciting times but back to the here and now (the hear and now?) and what is there to look forward to in the upcoming season of mists and mellow fruitfulness?

Here are a few of the gigs I'm personally looking forward to:

It's hard to get to and even harder to get out of if you don't have a car but Bellaghy really should be taking better advantage of the Seamus Heaney HomePlace arts and literary centre.

Public transport is virtually non-existent with the last bus leaving at 6.15pm and the nearest B&B I could find was in Magherafelt.

But for all you car-owners... there are some great shows lined up this autumn, starting with Drawing from the Well on September 12.

The touring show has grown out of the Irish Traditional Music Archive's programme of pairing musicians and singers with material in their Merrion Square headquarters to see what creative alchemy emerges.

Featuring at the HomePlace show will be Laoise Kelly, Cormac Begley on concertina and Jew's harp, a vocal performance from Brionn MacGloinn of Ye Vagabonds fame and dance from acclaimed Leitrim performer Edwina Guckian. It should be a great night of music, song and dance.

Also on at the HomePlace are Zoe Conway and John McIntyre on October 7, the West Ocean String Quartet with their sublime fusion of Irish and classical music on October 21 and, continuing the theme, the wildly popular Fidelio Trio will be joined by uilleann piper Cillian Vallely as they perform a suite of newly commissioned music inspired by the artwork of JB Vallely (the piper's Da).

No doubt the Irish News will be casting a judicious eye over the whole of this year's Belfast International Arts Festival but there is one concert that fans of Irish music won't want to miss.

Martin Hayes is as near a mystic as you can get in traditional music. He's walked the walk with the Tulla Ceili Band and has soared onto his own trajectory with various parings and ensembles ever since most notably with the Gloaming but he has also played with classical cellist Yo-Yo Ma, Sting and Paul Simon.

There's a great YouTube video of them which, despite the awful sound, will give you an idea of what they do.

The BIAF also has Lisa O'Neill coming to the Empire Music Hall on November 2.

I've been a fan of Lisa's since 2017's Pothole in the Sky. She has a voice that is searingly honest, a curious mind that sends her to the far-flung balladosphere in search of songs that have messages for us today, songs that catch the throat.

Peaky Blinders fans will have heard Lisa already as it was her version of Bob Dylan's All the Tired Horses which closed the long-running series.

Finally, if you are willing to travel to Dundalk, then there is an intriguing evening of Irish and Greek music on offer.

Songbird - An Irish/Greek Collaboration features half-Louth, half-Belfastman, Donal O'Connor and Greek singer and multi-instrumentalist Chrysoula Kechagioglou who are playing at the Droichead Arts Centre on September 9 at 8pm.

The duet join forces to create brand new music inspired by Irish and Greek instrumental and song traditions. Exploring both contemporary and traditional compositions and new approaches to musical accompaniment, this promises to connect the musical language of Ireland and Greece in fresh and innovative ways.

Also on the bill will be Maria Ploumi on the lute and Muireann Nic Amhlaoibh on vocals, flute and whistles.

And while we're on the Irish-Greek connection, coincidentally a TG4 programme will tell the story of The Laughing Boy, a song written by Brendan Behan in memory of Michael Collins which, when translated, became a powerful left-wing anthem of resistance against the military junta in Greece in the late 1960s.

The film takes poet Theo Dorgan on an odyssey of his own, as he uncovers the truth of the story behind the song and how Ireland and Greece are bound together by something profound and transcendent - the power of a song.

An Buachall Gealgháireach goes out on TG4 at 9.30pm on August 24.