SAY what you like about paramilitaries – they knew how to run a video shop. And for estate kids of the '80s, the local rental emporium was like stepping into Hollywood – if Hollywood stank of Mr Sheen and Embassy Blue.

Sure, the 18 cert stuff was always risky given the owner knew your ma, but with a shining wall of latest releases flanked by mountains of oldies, £1.50 and your Friday night was sorted. Ask nicely and you'd even get that poster of Nightmare on Elm Street 3 for your bedroom wall.

Sony's revamped PS Plus service brings back such memories of this entertainment jumble, with a handful of newer blockbusters bolstered by an almighty glut of back-catalogue oddities.

Beefing up for the war against Microsoft's Game Pass, the new subscription service offers three tiers. At £6.99 per month, PS Plus Essential is basically the old deal in new clothes, offering online multiplayer, a handful of free monthly games and discounts for the store.

It's the next two tiers where Sony has mixed things up. PS Plus Extra, which costs £10.99 per month, gives you all of the above plus a catalogue of around 400 PS4 and PS5 games to download. At launch, this includes heavy hitters like Death Stranding, God of War and Guardians of The Galaxy.

It's an exhaustive list, running the gamut of puzzlers like Fantavision and Lumines to the InFamous series, Gravity Rush, Ape Escape and Japanese oddities like Shibuya Scramble. Yes, there are mounds of tat, and for every Resident Evil there's a Cars Race-o-Rama or Brave: The Video Game.

Given its complicated architecture, PS3 games are only available to stream, which isn't an issue so long as your online connection is suitably muscular, but the lack of PSP and Vita catalogues is a big disappointment, as is the absence of PlayStation-defining franchises like Metal Gear.

But if Sony is reluctant to release big day-one games on PS Plus, it seems third-parties are more enthusiastic. The gorgeous-looking cat-sim Stray will land free of charge on the service on July 19, suggesting other studios follow suit.

In total, there are over 800 games available to Premium users, meaning the chance of serendipitous finds is high. To labour the video shop analogy, Sony's AAA blockbusters wilt in the shadow of the dusty shelf-fillers, and until they start adding first-party new releases on day of release, PS Plus will always play second fiddle to Game Pass.

For nostalgia hounds and those after an idle rummage, though, it's a cost-effective way to fill the gaps between new releases – and more importantly, it gives PlayStation's past a future. 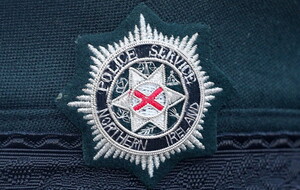