BELFAST Giants goaltender Jackson Whistle says the team are fully prepared for a huge weekend in the context of their Elite League title defence as they bring their six-game road trip to an end in Guildford and Coventry.

First up is a trip to the Guildford Spectrum tonight (6pm) when they will take on the League-leading Guildford Flames, before they round things off with a visit to the SkyDome tomorrow (5.30pm) for a clash with another high-flying side in the Coventry Blaze.

So far the Giants have emerged from their away stretch no worse for wear after winning two games and losing two, although they now lie nine points behind the Flames with three games in hand and can ill-afford losing any more ground, even this early in the season.

Revenge will also be on the table for them this weekend as they have already lost their first two meetings with the Flames, but Whistle is confident that this time they will be ready to go at the drop of the puck at the Spectrum, before moving on to Coventry a day later.

"It's a big weekend," said the Great Britain netminder, who has established himself as the Giants' number one with a 1.73 goals against average and a .931 save percentage.

"We've dropped two games to Guildford already this season, which we're not happy about. They came into our building and took away two points, which we really weren't happy with. Saturday's a huge game and that's where all our focus is right now.

"We've got to go in there and be positive. I've already played there once this season and I've seen that they're a fast-paced team, they come at you really quick, so we know a little bit more of what to expect when we go in there this time. The rink is an older rink, so you have to prepare mentally to go in there.

"But, at the end of the day, two points is two points. They're top of the table for a reason and we have a score to settle with them. It's going to be a real challenge but we've got to try and play our best and get the two points.

"Then we have to reset for Sunday in Coventry against a team that's also been playing well this season."

While it has been tough for the Giants in recent weeks with their current injury list - which has seen them play as many as five bodies down against the likes of Nottingham and Sheffield - Whistle believes they can take positives from this run and hopes they can use it later in the campaign too.

"Being on the road, having all these games, I think it's good for us," adds the goaltender.

"We'd love to play at home but it teaches us to battle through that adversity and handle these situations later in the year when we might be short bodies again or have a busy schedule or bad travel. We have no excuses, knowing that we can win those games."

The Giants will have new signing Lewis Hook in the line-up for the weekend, the Great Britain international winger returning to the club for a fourth season after leaving Austrian side Kitzbüheler earlier in the week.

Head coach Adam Keefe will also hope to have a couple of additional bodies at his disposal again, with Chad Butcher, Mark Cooper, Kevin Raine, Sam Ruopp and Tyler Soy all currently sidelined, while Sean Norris and Mack Stewart could feature against Guildford as two-way club Milton Keynes Lightning are not in action on Saturday. 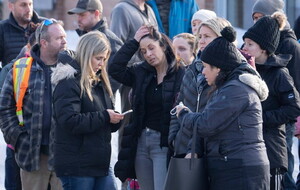 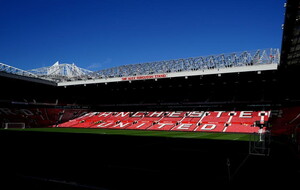