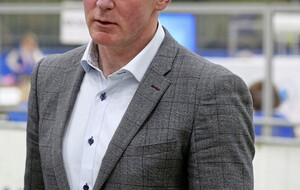 KIERAN McGeeney should be the Armagh manager for as long as he wants the job, says his former club and county team-mate Justin McNulty.

The Armagh County Board unanimously backed McGeeney to remain at the helm of the Orchard County on Monday night and McNulty says the endorsement reflects the progress ‘Geezer' has made with the team over eight seasons as manager.

Last season Armagh rubberstamped their Division One credentials and although their Championship campaign began with a poor performance against Donegal they regrouped impressively in the Qualifiers to beat Tyrone and then avenged their loss in Ballybofey to progress to the All-Ireland quarter-final stage.

The Orchardmen met Galway at Croke Park and, despite falling behind and losing Greg McCabe to a debatable red card, launched a stunning comeback. A monster free from Rian O'Neill forced extra-time and Armagh had victory in their grasp before Galway mounted a comeback of their own and eventually won a breathless affair on penalties.

“There was so much doom and gloom around the county after that Ballybofey defeat,” said McNulty.

“It was a damp-squib performance by the team. The players were embarrassed and they rectified it and Geezer has to take credit for that because the knives were out, the vultures were circling and for them to get the campaign back on the road again was extraordinary.”

McGeeney marked an unbroken 30 seasons in the inter-county game in 2022. The Mullaghbawn native made his senior debut for Armagh in 1992 and when his playing career ended he immediately moved into management with Kildare.

Four seasons with the Lilywhites was followed by a year as assistant-manager to Paul Grimley back in Armagh and when Grimley stepped aside, McGeeney took on the bainisteoir bib. After ups and downs over eight seasons, McNulty believes success is not far away.

“Everybody in Armagh thinks there is more in the team,” added McNulty.

“They were very unlucky to lose out on penalties against Galway – I don't think penalties are a fair way to decide Gaelic Football games. There is huge potential within the group, there are players who would walk onto any team in Ireland and I would have to single out Rian O'Neill as a special, special talent.

“The group is unified and determined and hungry for success and there is strength-in-depth with huge scoring potential and a strong defensive system. There is a strong management team and Kieran Donaghy has brought a different angle to things after Geezer brought him in.

“Armagh will strive for an Ulster success but the team wants to go beyond that and the players and supporters have faith in Geezer. He's a man who has led from the front all his life and, in my view, he should get as long as he wants (as manager) because he's the man who was most responsible for the success of Armagh in 2002. A lot of people contributed but Geezer was the stand-out.”

Perhaps the only surprising aspect to the Armagh County Board's announcement was that McGeeney's tenure was only extended for one season. McNulty does not believe that is significant however.

“Gaelic football management is a results-based business and Geezer will understand that his tenure will be dictated by how the team performs,” he said.

“He revels and thrives in that competitive environment because he is the ultimate competitor and leader. I wouldn't take any notice of the one-year piece, he'll be striving for success regardless of what the conditions are.”

Meanwhile, Oisin McConville has been included in Mayo management candidate Ray Dempsey's backroom ticket. McConville, who guided his native Crossmaglen to the Ulster title alongside John McEntee in 2015, is currently manager of Monaghan senior outfit Inniskeen.

Dempsey has won back-to-back championships in Mayo with Knockmore and also has Kerry's Declan O'Keeffe, James Burke, Keith Higgins and Enda Gilvarry in his backroom team.

The other candidates to succeed James Horan are Kevin McStay, Mike Solan (who has included Aidan O'Rourke on his ticket) and Declan Shaw.