ANTRIM will play Clare in the Premier Junior semi-finals on July 23 after this comfortable win over Limerick in Corrigan Park.

The Saffrons, despite falling behind to an early pointed free from Ashling Ryan, were the dominant team and could have won by an even greater margin had it not been for the excellence of Denise Mullins in the Limerick goal. Mullins pulled off a number of fine saves and was quick off her line to put her body into tackles as her defenders left her exposed on a couple of occasions in the opening half.

Antrim were forced into a couple of changes from last week's two points' defeat by Armagh with the more experienced trio of Clare Kearney, Sinéad Cosgrove and Emma Laverty all absent. Brónach Magill, Tara O'Neill and Fionnuala Kelly replaced them, the latter pair forming a new midfield partnership that certainly worked well in the opening half.

Antrim brought a lead of 0-10 to 0-4 into the changing rooms at half-time with Cushendall pair Caoimhe McNaughton and Dervla Cosgorve each hitting the target on three occasions.

Clíodhna Hall caused some problems for Antrim at the back and scored two excellent points, but they were merely blips on the home side's progress through the half.

McNaughton was the star of the show, despite hitting three wides inside two minutes before she found her range. With Meagan McGarry a dominant presence at centre back and the midfielders working very hard, there was plenty to possession for the forwards.

McNaughton (0-2) and Fionnuala Kelly scored the first three points of the second half and although Louise Butler responded with a point for Limerick in the 42nd minute, that was her side's final score. Limerick were wayward with a number of shots after that, while Antrim kept piling up the scores.

In the other game in the group Down opened with a Frances Toner goal in the second minute, but couldn't find their scoring touch often enough. Roscommon hit six points to lead by 0-6 to 1-2 at the break.

Despite the home side scoring three goals in the second half through Fiona O'Neill, Katie McGilligan and Orlaith McCusker, they still finished four points behind Roscommon at the end. 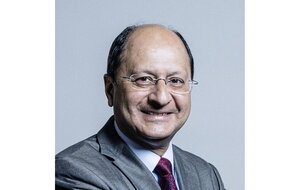