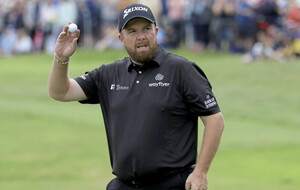 IN golf, there is no consensus about how to prepare for a major championship.

Is it better to play competitively in the week leading up the biggest tournaments in the season? Or do you take the week off, rest up, practice and try and get your game in shape away from the spotlight?

Ireland has seven representatives in this year's third major of the year – the 150th Open Championship at St Andrews - and one size definitely doesn't fit all.

Padraig Harrington pegged it up on the DP World Tour at last week's Genesis Scottish Open but missed the cut while Darren Clarke flew into Scotland after finishing well down the field at the Bridgestone Senior Players' Championship in America.

Rory McIlroy, Shane Lowry and Seamus Power, all genuine contenders this week, stayed closer to home honing their links skills on some of Ireland's finest links courses while qualifiers, Ronan Mullarney a 27-year-old from Galway and David Carey, a 26-year-old from Dublin have also been working away on their games.

The Old Course doesn't hold the same mysteries as other venues on the Open rota.

It remains staple on the DP World Tour via the Alfred Dunhill Links Championship which is held at the end of September.

The set-up will be very different but the players have a familiarity with the venue and that probably allows them to take a more relaxed approach to their preparation.

Even Mullarney, a pro for less than three years said; “I've played at St Andrews a number of times in the past including in The R&A Student Series and the St Andrews Links Trophy. There's no excuses for not knowing the place!”

RORY was set to be defending Champion at The 144th Open at St Andrews in 2015, but was forced to miss out due to an injury sustained playing football. Remarkably, he has not won a Major since, and The 150th Open represents an opportunity to tackle unfinished business in only his second Open appearance at St Andrews.

McIlroy has played in nine Open Championships since last taking to the Old Course in an Open, and the world number two's history with the venue includes shooting a then record-tying 63 for the lowest round in major history in 2010 en route to a T3 finish.

It's no surprise that he is amongst the pre-event favourites this week. He finished second at The Masters, eighth at the PGA Championship and tied fifth at the US Open. He also successfully defended the RBC Canadian Open last month.

THE 2019 champion golfer of the year missed the cut the last time the Open was played at St Andrews in 2015 but he's a different animal now.

The 35-year-old is ranked 24th in the world and although he has yet to get over the finish line in 2022 he's finished second at the Honda Classic and third at The Masters.

A missed cut at the US Open blotted his copybook somewhat but he showed signs of life at the recent Irish Open and the JP McManus Pro-Am.

He's renowned for his ability to play links golf but could do with seeing his putting stats improve if he really wants to contend this week.

IT'S a measure of just how far Seamus Power has come in the last 18 months that he is being considered as someone who can break through to win a major this week.

He said: “It's a dream come true. It's going to be my first Open, and for it to be at St Andrews, I don't think you can ask for anything better than that. You stand on the 1st and the 18th hole, and it doesn't feel like anything else in golf.”

A TWO-TIME Open champion (2007/2008), Padraig's recent Open performances have been less than stellar. The 50-year-old is now playing a fair bit of his golf on the Seniors circuit and won the US Seniors Open at the end of June. His confidence should be high but he needs everything to go right for him to be competitive this week.

“Any player going there is going to have to have a serious amount of patience and discipline and a great mental strategy, a great physical strategy.”

A WINNER at Royal St George's in 2011 it's highly unlikely that Darren will make any impact at St Andrews this year. In the nine years since he collected the Claret Jug, Clarke has made the cut at The Open just twice. This season's campaign on the Seniors tour has been hampered by injury and poor form.

FORMER R&A Foundation scholar Mullarney will line up in his first Open Championship after sharing second place with Jamie Rutherford in the 36-hole Final Qualifying competition at Prince's in Kent on June 28. The Galway player, who turned professional only two years ago, had rounds of 70 and 71 for a three under par total of 141, two behind winner Matthew Ford.

This will be a significant step up for Mullarney who has been playing his pro golf on the feeder tours – Europro Tour, Alps Tour and Challenge Tour.

“Playing in The Open is something you dream of but I don't want to be starstruck by it all. I want to go there and compete,” the former Irish Close champion said.

IT'S going to be a similar step up for Carey who won the 36-hole Final Qualifying competition by four strokes at Fairmont St Andrews. The Castleknock golfer produced scores of 68 and 69 to finish seven under par – not that those rounds came even close to his best ever, indeed what is believed to be the lowest ever recorded in tournament golf. That was an 11 under 57 on the Alps Tour three years ago over an admittedly short Cervino course in Italy.

“I know this is a shocking admission by someone from Ireland, but I haven't actually played a links course in about two years,” he said on qualifying.

“I'm very big on my golf history and I have been saying to everybody for the last three months that I wanted to play in the 150th Open.”