STEPHANIE Meadow has confirmed she will return to play in the ISPS Handa World Invitational at Galgorm Castle and Massereene GC this year.

The 2019 champion finished tied 10th in the KPMG Women's PGA at Congressional Country Club on Sunday, her best finish in a major since her third place in the 2014 US Open.

“I can't wait to get back to Galgorm for the ISPS HANDA World Invitational in August,” said Meadow, who grew up in Jordanstown, less than an hour from Galgorm.

“I have great memories of winning there in 2019 and look forward to playing in front of the home fans once more I was so disappointed when I couldn't compete last year due to schedule clashes and playing in the Olympics.

“To play alongside the men will be really fun and I'm looking forward to seeing the recent changes to the golf course too. It's a dream come true to have an official LPGA Tour event on home soil and the World Invitational has come a long way to become a $3 million tri-sanctioned event between the LPGA Tour, the Ladies European Tour and the DP World Tour.”

In other ladies golf news, KPMG has announced that it will become the title sponsor of the KPMG Women's Irish Open for the next three years. The tournament which is returning to the Ladies European Tour (LET) schedule, following a 10-year absence, will take place from September 22 to 25 at Dromoland Castle in County Clare.

Tickets for the KPMG Women's Irish Open are now on sale at www.womensirishopen.ie.

Four-day tickets are priced at €35 while single-day tickets will cost €15. U16s attending the event will also be admitted free of charge.

McIlroy returns to The K Club for 2023 Irish Open 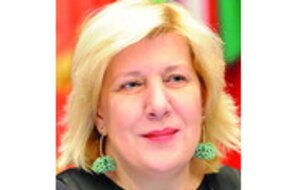