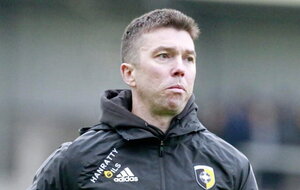 NEW boss Anthony Cunningham has no plans to rip up the famed Crossmaglen playbook – but admits evolution, rather than revolution, is required if the south Armagh men are to force themselves into the provincial picture once more.

On Wednesday night Cunningham - captain when Cross were crowned All-Ireland champions in 2000 – was announced as successor to Stephen Kernan, just weeks after the club’s Ulster ambitions were ended by Ballybay.

Despite producing some dazzling attacking football in the opening half hour, the Monaghan champions capitalised on a black card shown to Dara O’Callaghan at the end of the first half, exposing gaps in the Cross rearguard after the break to run out convincing winners.

That prompted questions about where Cross go from here, and how they adapt against teams happy to wait in the long grass for an opportunity to pounce.

Cunningham, however, has no desire to curb their attacking intent.

“To be fair, that traditional style of football has served us very well in the past,” he said.

“From my perspective we probably need to marry a couple more styles into the game, and to be able to adapt to different types of teams. There’s no doubt we need to probably tighten up, but we don’t want to compromise the attacking football that we’re good at either.”

With a crop of young players enjoying a first taste of Armagh championship success against Granemore last month, Cunningham is in no doubt Cross have the potential to kick on in the years ahead.

And the imminent return of swashbuckling midfielder Oisin O’Neill will come as a major boost to his new club manager, as well as Armagh boss Kieran McGeeney.

“The age profile of this team is phenomenal,” said Cunningham, who will be assisted by Jim McConville, with the remainder of his backroom team a “work in progress”.

“And we have the players who can still win games for us. Rian [O’Neill], Jamie [Clarke] and Cian [McConville] have been doing that, and equally at the back we have some class acts, and a lot of very young guys.

“Oisin was missed this year, there’s no doubt. He’s still in rehab, but I think his view is that he’s going to be available to Kieran come January. Obviously he has missed 12 months, and he was a huge loss for Cross because when you’re moving Rian in full-forward, you’re missing Oisin around the middle, and vice-versa.

“Oisin, when he was going good, was probably one of the best players in Ulster. He’s going to be a huge bonus to us.”

Another man Cunningham hopes to be able to call upon is Cross stalwart Aaron Kernan.

The 38-year-old has just finished his 22nd campaign in black and amber, and there were questions over whether that defeat to Ballybay might have been his swansong.

Cunningham is confident that wasn’t the case.

“As I told Aaron about five minutes before I spoke to you, he’s going nowhere. I didn’t even ask the question.

“There’s just too much talent, too much knowledge there to be put to one side. So whatever capacity Aaron has left in him, he’s going to be there. There’s plenty of legs left in Aaron.”