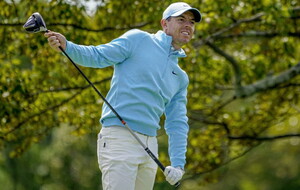 MICKEY McDonald, the gifted all-round sportsman who lined out for Armagh, Glenavon and Cliftonville, has passed away.

A MacRory and Hogan Cup winner with St Colman's College, Newry, McDonald played his club football with St Paul's in Lurgan and made his senior debut with Armagh in 1979.

As a talented soccer player he was offered the chance to sign for Arsenal but turned down the opportunity to concentrate on his A-Levels. He might also have signed for Tottenham Hotspur after representing Northern Ireland at the European U18 Championships.

“We played Russia in the first match and David Pleat (former Spurs manager) was over watching me,” he recalled in an interview with The Irish News in September 2020.

“After five minutes, I was carried off and I was on crutches for a few months. So it just didn't pan out. It's one of those things.”

A teacher by profession, McDonald retired two years' ago after 40 years in education. He was a proud spectator at Rory McIlroy's US PGA win at Kiawah Island in 2012 and at Louisville two years later and recalled how his nephew had displayed his talent with a golf club as a youngster.

“I remember when he was six or seven he would have said to me: ‘Watch my swing uncle Michael' and he would have been swinging away with his wee plastic clubs,” he said.

“He was unbelievable even then. Just joking, I would say to him: ‘Go and get yourself into a decent sport like football'. But I think he went the right way.”