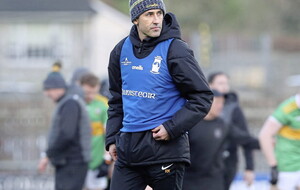 NEIL McGee was still a teenager when Brian McEniff threw him into the fray against Tyrone in 2005 and, after the iron-clad Gweedore youngster was hurt early in the game, McEniff admits: “I was afraid of my life to meet his parents”.

He needn’t have worried. After that game under the Healy Park lights, McGee dusted himself down and bounced back hungry for more and he finally announced his retirement having played a record 195 times for Donegal.

During a career that spanned 17 seasons, McGee carved out a reputation as a combative, pacey full-back and a gifted footballer who won the All-Ireland with his county in 2012 alongside his brother Eamonn. McGee also won five Ulster titles and a National League with the Tir Chonaill men and was an Allstar on three occasions.

He established himself in the Donegal team under McIver and was a certain starter for the men who succeeded him – Brian McIver, John Joe Doherty, Jim McGuinness, Rory Gallagher and Declan Bonner - until injuries took their toll and restricted his impact on the field.

“The first night I played him he got a bit of a bump and had to come off but he recovered, he’s a tough man, even then he was a tough man,” recalled McEniff.

“His attitude was perfect – he was a 100 per cent man and we never had a day’s problem with him. When he got a bang, he got up and went on, that is the nature of him, he’s a Gweedore man and they’re a hardy breed in that Gaelteacht area, always were.”

McEniff first saw McGee in a club match marking Adrian Sweeney, Donegal’s go-to forward at the time, and the youngster’s performance in that game was “a good enough CV” for the Donegal football doyen.

“I could see he was strong, he read the game well, he had good speed over the ground,” he said.

“To go on from there and play nearly 200 times for Donegal is quite remarkable and, from what I’ve seen of him (in the Donegal championship) over the last couple of weeks, you would say that he’d have another season in him for the county.

“But there comes a time in everyone’s life when you have to think of other things than football.”

McGee’s retirement means that Michael Murphy and Paddy McBrearty are the two remaining links to the side that won the county’s second All-Ireland title in 2012. A formidable competitor, McGee was an underrated footballer who loved the heat of battle and he will go down as one of the finest players ever to wear the green and gold jersey.

“And he is a very good player as well, sometimes people forget that. He had a very good understanding with his brother Eamonn in the full-back line, the two of them compensated for each other. They were tough and strong and I’d have a very healthy respect for them – they’re too great fellas but you wouldn’t want to go in around the house (the goalmouth) with them at the same time!

“They took no prisoners, that’s the way they played, but at the same time there was a lot of football in them. So it’s sad to see him go and I wish him all the best in the future because, by God, he gave Donegal great service.”

IT is understood that Donegal are set to announce Rory Kavanagh as manager of their senior football team. Kavanagh, an All-Ireland winner in 2012, is currently manager of his native St Eunan’s. The Letterkenny outfit face Kilcar on Saturday in the senior championship semi-finals this weekend and it is understood that Kavanagh will be confirmed as the successor to Declan Bonner when their campaign comes to an end.

Brendan Crossan: Tomas McCann and Adam Loughran prove that the marquee forward is not dead