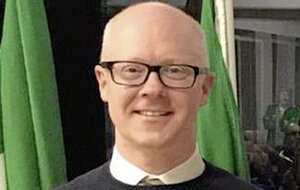 THE unseemly row that led to six players seeing red during Wednesday night’s Down Division One final is unlikely to have any championship repercussions for Burren or defending county kingpins Kilcoo.

Magpies trio Jerome and Ryan Johnston, and Sean Og McCusker, as well as Burren’s Odhran Murdock and Danny and Ryan Magill, all left the field early after a second half skirmish marred the league decider in Mayobridge, which the St Mary’s men won 1-12 to 0-7.

However, unless something of added significance is included in referee Conor Curran’s report to the county’s Competitions Control Committee (CCC), any suspensions meted out will not come into effect until next year’s league commences.

That means, with Kilcoo beginning their defence of the Frank O’Hare Cup against neighbours Clonduff next Friday night, and Burren taking on Mayobridge the following Monday, both clubs will have a full deck to choose from as their championship campaigns get under way.

“There would maybe be an expectation that the CCC has to come down hard, but what you do is subject to what is in the rulebook,” said Down County Board chairman Jack Devaney.

However, Devaney – who attended Wednesday’s game, presenting the trophy to Burren – believes the incident set “a bad example” for anybody at the game, or watching via the Down GAA TV stream.

“The truth is it’s not a good look for anyone,” said the Bredagh clubman.

“I’ve no doubt it’s something the CCC are going to have to examine, in terms of the detail of what happened, and also in terms of moving forward with this because whenever you have a situation like this arising, you have to take it very seriously.

“Otherwise there’s a potential for it to become the norm in games, and that’s not necessarily just in relation to the teams last night - it can just become part and parcel of what we have within the GAA. That’s not really why we’re here, or what we do at all.

“I would regard it as quite a serious matter for us. I’m not saying in any way we have a major problem across the board, because when I look at discipline across our league and championship I’m not necessarily identifying a serious problem.

“But when you’re there last night, there’s a big crowd, it’s online, there’s a lot of young people there watching, I don’t think anyone could disagree that it’s a bad example.”

This latest episode came just over six weeks after five players were sent off during an earlier league clash between Burren and Kilcoo, and Devaney doesn’t believe this incident should be overlooked with championship just around the corner.

“People in Down are kind of excited by the rivalry that has developed between Kilcoo and Burren, but the important thing for us is that it’s a healthy one and doesn’t go beyond that, to where we’re in a situation where we’re fearful of or anticipating that any game could blow up into a row or a mess.

“That could happen elsewhere as well, of course, but we’re always looking to avoid a situation where these kind of things happen. I don’t think you can just decide to look at the game and think ‘right okay, we’ll move on from that, let’s just deal with whatever CCC have to do’ – we have to be conscious of these things heading into championship.

“The types of rivalry and the types of games we want have to be the type that people are talking about in a positive sense leaving a game.”