THIS is the third meeting of these rivals in the space of a couple of months. The previous two have gone the Rossies’ way but they’d swap both in a heartbeat for victory tomorrow.

The first meeting was a final-game-of-the-League phoney war. Galway were already promoted to Division One and fielded an experimental line-up at Dr Hyde Park for a game the home side won by five points to ensure they joined them in the top flight next year.

That result meant they met again in the Division Two final and the Rossies were in control until fit-again Shane Walsh entered the fray in the second half and inspired a Galway fightback. It was all-square at 19 points apiece when Enda Smith passed to Diarmuid Murtagh who battled his way through a series of attempted tackles before smashing a left-foot screamer into the top corner of the Tribesmen’s goal.

The score raised questions over the Galway defence which they’ll have to answer tomorrow. Yes, the Tribesmen are forewarned and will have had weeks to plan for the Murtaghs, the Smiths, Ultan Harney and Conor Cox. How they handle the Roscommon attack is the crux of this issue tomorrow.

Roscommon tend to save their best for Galway and this is the latest chapter in a simmering Connacht Championship rivalry.

Galway won the 2018 final, Roscommon avenged that the following season and last year Padraig Joyce’s men reigned supreme at the semi-final stage, bringing down the curtain on a disappointing year for the Rossies with a 2-11 to 0-12 victory which was Roscommon’s fifth defeat on-the-trot.

But Anthony Cunningham’s side went back to the drawing board and went through the National League unbeaten (the only county to do so) by showcasing an attacking mix of athleticism, organisation and ambition.

Galway’s outstanding performance in the League was their resounding 4-11 to 0-12 win against Derry at Owenbeg. The Oak Leafers were without Shane McGuigan but the visitors’ display showed what they are capable of and the subsequent back-to-back losses to Roscommon didn’t take the spring out of Galway’s step for the Connacht Championship.

Joyce’s charges came through a serious examination from Mayo in the first round. They were able to keep the Mayo forwards quiet and did the spadework for their win in the third quarter, out-scoring Galway 6-0. The lead they established enabled them to weather a western storm in the closing stages and get over the line. After that tight struggle, the semi-final was an endorsement of the Tailteann Cup and Galway hammered Leitrim 4-20 to 0-9. Half-time substitute Patrick Kelly top-scored with 2-1 as Leitrim resistance collapsed in the second half.

Meanwhile, Roscommon brushed aside 14-man Sligo at the semi-final stage. They had 11 scorers in a 0-23 to 0-11 win at Markievicz Park and Cox led the way with half-a-dozen points.

If the Rossies are allowed to play man-on-man tomorrow, they are capable to putting their opponents to the sword and Galway manager Joyce will have spent the last three weeks working on his defensive system. Joyce used a double-sweeper to cover their full-back line and cut out the space for the Mayo forwards in that game.

It worked but on current form, Roscommon’s forward unit is better than Mayo’s so the Tribesmen will need better from their set-up tomorrow and they’ll look for Paul Conroy to give them a platform in midfield and Damien Comer (his teaching colleague at Claregalway College) to do the same at full-forward and bring Walsh into the game.

“We know it's going to be tough,” said Joyce after the win over Leitrim.

“They've beaten us twice already this year. We won the two games last year, so there's nothing between the two teams.”

Galway have been to the last six Connacht finals and lost four including the last three so they cannot be looking any further than this game. You can’t too much into the League meetings but Roscommon proved they have the ability to push Galway all the way. There won’t be much in this but with the wind still in their sails after their Mayo victory, the Tribesmen get the nod to edge it on home soil. 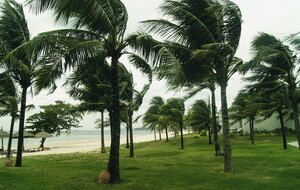