The Maghera man often speaks with humour, but he was deadly serious in his belief that he and his coaching staff have chosen the correct combination of experience, youth, and versatility for their Euro 2022 challenge.

Captain Marissa Callaghan has, understandably, made the cut, despite suffering a broken little toe recently, with the vastly-experienced defender Ashley Hutton also included after recently recovering from a serious knee injury.

According to the official squad graphic, Shiels has selected the obligatory three goalkeepers – which includes uncapped Shannon Turner of Wolves Women – eight defenders, seven midfielders, and five forwards, with the McGuinness sisters Kirsty and Caitlin in attack.

However, there's flexibility from a few of those players, with Shiels declaring: "Yeah, we always strike the right balance. We do, actually, because we proportion it in a way in which you have dual-purpose players.

"Like, Lauren Wade can play wide, that's her best position, she can play up front as the striker, go in behind. We have Abbie Magee who can play anywhere on the pitch, basically, and Demi Vance likewise. So we've got versatile players. And we need three or four versatile ones.

He might also have mentioned Sarah McFadden, who can operate at centre half or defensive midfield, the Rebeccas – McKenna and Holloway – who can move between those departments too, and top scorer Rachel Furness, who's an attacking midfielder or forward.

Shiels is obviously delighted to have Callaghan, another who can drift between midfield and attack, singing the praises of the 36-year-old from west Belfast:

"Marissa is so important to our progress – she is like a machine. When she gets knocked over she gets up again, and she gets on with it. She fractured a bone in her small toe but she's come through that and she's pretty much ready to go again."

Selecting his 23-strong squad for next month's tournament in England wasn't easy, even with a relatively limited pick, and after injuries recently ruled out Megan Bell and Caragh Hamilton, with Danielle Maxwell and Vicky Carleton having previously had their chances ended.

Shiels clearly did not enjoy having to omit two players from the squad he took to Belgium for a friendly last week, namely Cliftonville's Toni-Leigh Finnegan and forward Kerry Beattie, formerly of Glentoran.

"It's part of the game, part of management. Obviously you feel for the girls in terms of their disappointment but you have to put that to the side and make genuine, honest reasons as to why certain players are just not ready to make it.

"So it was very difficult. Two of our development players were told that they weren't going and it was very tough. They're very good footballers, strong. It's not nice for them, they've been with us for so long.

"I've had to do that in the men's games as well, but as long as you're honest with yourself and do it in terms of the squad. We've got that out of the way, but the girls are in my thoughts, very much so.

The boss hinted at a small amount of sentimentality in one or two selections, but he preferred to portray the 'experience' angle: "There's also the other girls who are seasoned professionals. I felt that they deserved their chances at their age, some in their mid-30s, we've got three or four in that bracket. This will be their last chance, probably."

Shiels made the call to select 24-year-old Turner ahead of two younger keepers, Maddy Harvey-Clifford and Lilie Woods, with the hope being that Northern Ireland can reach more tournaments in the future.

Even the ever positive 66-year-old is realistic enough to accept that getting out of a group comprising the familiar foes of Norway, Austria, and hosts England is probably beyond NI, so he's setting his sights lower:

"Our first priority is to try and win a game – it is not beyond the realms of possibility but we are massive underdogs. I will speak with them about these three big matches and I will say: 'Don't miss it, enjoy it'…

"I think if we look at it from that perspective, they understand that there's no pressure being put on. If we're England, and they're playing against Northern Ireland in the last match in the group, and they have to win to qualify, that's pressure…

"This is not something that will make or break us…As long as we give our best and are totally committed to representing our country of birth, or of belonging, then we can walk away with our heads held high." 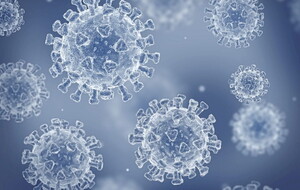