Northern Ireland captain Steven Davis was pleased to get two more full games under his belt.

AFTER six points from two Euro 2020 qualifiers Northern Ireland skipper Steven Davis is hoping to continue his winning streak with Rangers this weekend.

The midfielder is unlikely to start against champions Celtic but is hoping to play his part in a rare recent success for the Light Blues against their arch-rivals:

“Hopefully with three 90 minutes played in the past week, that will do me really well and I’m looking forward to the weekend’s game. It’s a great game to go back into.

“We [Rangers] haven’t got the results we would have liked of late and we just want to go there and stamp our authority onto the game.”

The 34-year-old has had a tough time over the past year, out of the Southampton side and then released on loan to his former club in January – but he still hasn’t got much game-time from Ibrox boss Steven Gerrard:

“All through my career I have been used to playing regular games but it hasn’t really happened over the past year. It’s been a different proposition for me and it’s been difficult.

“It’s not really something I’ve experienced too much in my career, quite luckily. Everyone wants to be playing, so when you get the chance, you have to show that you deserve to. Any opportunity I get I have to try and stay in the team.”

Davis get better as the two Euro games went on, confidently converting a second half penalty in the opener against Estonia, then playing well in the 2-1 win against Belarus on Sunday night.

He was pleased that NI kept playing positive football, rather than panicking, and that approach brought an 87th minute winner:

“The longer it goes, you don’t think the [winning] goal is going to come, but I thought we kept trying to do the right things and it was a really well-worked goal.

“It would have been easy to start playing long and off second balls. That can be effective for us as well and I’m sure there will be times when we have to do that, but it was well-worked."

Josh Magennis was the man who came off the bench to score the winner on Sunday and Davis has more appreciation of what it means not to be a starter nowadays:

“Josh came on and gave us energy and it is important the subs make that impact when they come on as it’s a real squad effort.

“Even the lads who didn’t get the game-time over the week, they’ve played an important part. We can go away happy with our week’s work.

“It’s been a good week for us. Our objective when we set out was to get two wins and to come away with six points makes it perfect."

The next target is two more wins in June, away against Estonia and Belarus, although davis accepts that will be harder than winning in Windsor Park:

“Of course, that’s been the aim from the very start. We’ve had to try and break it down and this past week was about getting six points.

“It’s now going to be a different proposition playing them away from home and these are not easy games, we know that.

“It’s going to difficult as well with the schedules and people’s seasons finishing at different times, so we’ll just do everything in our power individually to make sure we are ready for those two matches in June.”

First, though, a certain game in Glasgow…. 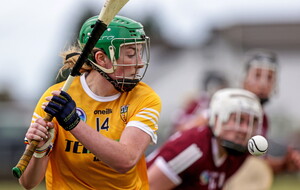