Carly McNaul won a silver medal at the 2018 Commonwealth Games in Australia. Picture by PA

CARLY McNaul was ready to call time on her ring career after the devastation of Olympic qualifier defeat back in March - but six months on the east Belfast woman is determined to rekindle her Tokyo dream.

The 31-year-old was drafted into the 13-strong Irish team at the last minute as they finished up preparations for London, replacing Ceire Smith after the Cavan flyweight sustained a thumb injury during a training camp in Italy.

With question marks rumbling around in the background over whether the competition should even have started, withs the world was in the grip of the Covid-19 pandemic, McNaul found herself in the unenviable position of being the first Irish boxer between the ropes at the Copper Box Arena.

What unfolded was a disaster for the Commonwealth Games silver medallist, as she struggled to get to grips with England’s rangy Charley-Sian Davison - the Lowescroft fighter who had only recently returned to the ring after six years away.

She was given two standing counts in the third and final round as she made one last desperate attempt to land something meaningful on Davison, but she returned home with only one thing on her mind.

“When I got back, Covid happened and that was me, I was going into retirement,” said McNaul, who has been boxing for 17 years.

“I came back after getting beat and I was for packing it in. Everything was up in the air and then lockdown happened. Everyone else was doing 5k runs but I didn’t do any of that. After a while I ended up going back to training and it was such a relief to be able to get doing something.”

She has been back up at the Ulster high performance team’s Jordanstown base since the end of July, after Ireland’s elite boxers were given special dispensation to return to training early.

In recent weeks McNaul has been able to spar the likes of Immaculata’s Caitlin Fryers in a bid to shake off some of the rust after so many months without throwing a punch in anger.

Memories of the fight with Davison still rankle, but she hopes lessons can be learnt from the whole experience.

“I knew nothing about her - I hadn’t even heard of her.

“She was just a nightmare opponent, a big, tall lanky southpaw with long arms. But the whole thing had gone wrong from the start. I wasn’t meant to be there but then I got the call. They [the Irish team] were all out in Italy, halfway through the camp - thankfully I had the Ulster elites coming up so I was in good shape.

“My problem was my emotions. I put too much pressure on myself… thinking this is my only chance. I shouldn’t really be there but I need to win; my head beat me more than anything.

“When I was in there I was just thinking ‘you look like a d**khead here’, then I started charging in more and she was catching me. It just went all wrong for me.”

And yet McNaul is at a loss to explain why she felt so much pressure this time around. It wasn’t the same when she went to the Commonwealth Games in the Gold Coast two years ago and steamrolled her way into the final.

The Olympics, though, are an entirely different ball game. For as long as she can remember, getting there has been the dream, and this was her big shot.

“It was just because of what it was - an Olympic qualifier - and the fact I had been so lucky to get that chance. I wasn’t meant to be there and I wanted to go out and prove that I should’ve been there, but it didn’t happen that way.

“I would be hard on myself. No-one could be harder on me than I am, and I just thought ‘you’re actually shite, getting beat like that, how can you even be up at this level?’ All those thoughts come into your head, you’re telling yourself you’re not good enough.

“But you have to go back and re-evaluate the situation when your head clears a bit. [Ireland and Ulster coach] John Conlan helped me, but then you have to make up your own mind too. I went through I don’t know how many weeks of that, and eventually you come round to thinking… not yet.”

With Tokyo 2020 now Tokyo 2021 after being postponed for a year, McNaul has been afforded an opportunity to rebuild and come back stronger.

She will be part of the Ireland team that heads to the prestigious Cologne Cup in Germany next month (McNaul took silver during her last appearance at that competition in 2019, defeating then world number one Pinki Rani along the way), while the Irish elite championships are slated for January.

The one that really matters, though, is the World Olympic qualifier in Paris next May, and getting there for a shot at redemption remains Carly McNaul’s main goal.

“In a lot of ways Covid has been a Godsend because it has given me time to focus on me and what I need to do to become a better boxer – my style, my shape, just a whole lot of different things.

“The next thing for me is Germany, but the other qualifier is the big one. At the minute though I’m just happy to go with the flow, and what will be will be.” 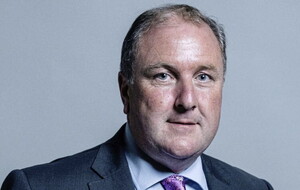 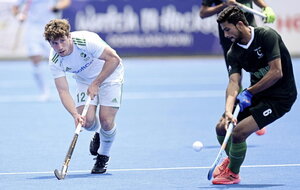