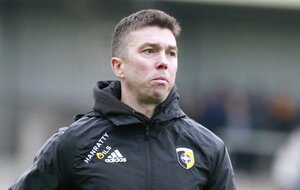 FORMER All-Ireland winning captain Anthony Cunningham has been named as Crossmaglen’s new manager, taking over the reins from Stephen Kernan.

Cunningham - who hoisted the Andy Merrigan Cup aloft in 2000 - will be assisted by former Cross team-mate Jim McConville, who had been part of Kernan’s management team

"Crossmaglen Rangers GFC are delighted to announce that our 2000 All-Ireland winning captain, Anthony Cunningham, assisted by Jim McConville, have been appointed as the new management of our senior team," read a club statement last night.

"We wish them every success in their new role. We would also like to acknowledge the work of our outgoing management, Stephen Kernan, Tony Kernan, Paul Hearty and their backroom team.

"Thank you for guiding our senior team over the past three years."

However, any hopes of a provincial run were dashed early on as Kernan’s men fell to Monaghan champions Ballybay in the Ulster Club SFC preliminary round.