MARK Allen won his first UK Snooker Championship title on Sunday night after a fine comeback from 6-1 behind in the final against Ding Junhui in York.

The Antrim man banks £250,000 in prize money for his 10-7 victory and moves up to number five in the world rankings on the back of this success and his BetVictor Northern Ireland Open win in Belfast last month.

Allen, whose previous biggest success as a professional came at the 2018 Masters, had lost his two previous UK finals and looked destined for an unwanted hat-trick as Ding dominated the opening session.

Runs of 52 and 70 put him in command and despite Allen dredging out the third, successive century breaks from Ding of 126 and 135 either side of the interval established his full control.

Allen looked all over the place as he surrendered two good opportunities to hang Ding a 5-1 lead, and he was ruthlessly punished in the next when a missed straight red let in Ding for a quickfire break of 102.

Allen gave himself a flicker of hope when he capitalised on a missed red by Ding in the final frame of the afternoon session to compile a frame-winning 79 and he then emerged in the evening session a completely different player. 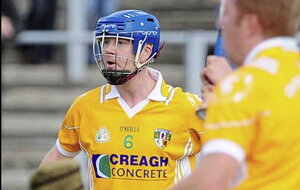