Niall McCoy charts the rise of Armagh from their breakthrough in the late 1990s to their All-Ireland triumph in 2002. In this extract from the book, Armagh prepare to come up against a much-hyped Dublin side in the All-Ireland semi-final on September 1, 2002. Hopes were high in the capital that the Dubs were finally going to lift Sam again after a seven-year wait, but the focussed Orchardmen had other ideas... 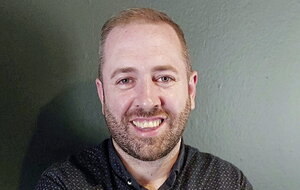 Ray Cosgrove was leading the charge of the capital’s new gun-slingers. He hit the net twice to earn Dublin’s first win over Meath since 1995 and another green flag secured the Leinster title at the expense of Kildare.

The two-game saga with Donegal would produce three more goals. Six in all ahead of Armagh, four into the Hill, kisses to the crowd and manic celebrations. Cossie was one of the star stories of the 2002 season and his six majors were more than Dublin as a whole had managed in five of the six seasons since their last Sam Maguire triumph in 1995.

Add Ciaran Whelan’s barnstorming runs from the middle, the emergence of carefree youngster Alan Brogan and fan favourite Jason Sherlock’s cameos from the bench and it was producing an electrifying tonic of positivity and possibilities.

Not all in blue were enjoying drinking that dizzying concoction. Speaking to the Irish Independent before the Armagh game, Dublin captain Coman Goggins was clearly disturbed by the seemingly pre-ordained outcome.

“The press are talking about a Dublin and Kerry final. I’m telling you, it’s right up their street. It’s just all Dublin, Dublin, Dublin. You’d wonder are you being set up for a big shock here.”

Tommy Lyons uttered similar sentiments to the RTÉ cameras. He felt that some of his players had bought into the hype and said that he would have loved to have been in Joe Kernan’s shoes.

His opposite number wasn’t short on scrutiny either and, once again, much of focus revolved around the county’s love-hate relationship with Croke Park. They seemed to hate it while their opponents loved playing them there.

Minutes before throw-in, Pat Spillane in The Sunday Game studio was taking aim.

“This crowd have been here for several years,” he said of the Ulster champions. “They’re well experienced, they’re around a long time. At the back of their minds it’s ’77 since they won their last championship match [at Croke Park].

“This is one of the things, you talk about the hype with the Dubs but you also have a mental block, a mental problem, a psychological thing with Armagh because there is this so-called Croke Park hoodoo.”

Spillane and fellow pundit Colm O’Rourke plumped for a Dublin victory with the Meath man suggesting that Diarmaid Marsden, who adorned the match programme cover, was the embodiment of Armagh, a player who starts like a train but has run out of confidence and slows as the final destination appears.

The sidelines were feeling the tension and as the two teams partook in the pre-match parade amidst a blare of noise from all parts of the ground, the players would have been feeling it too. They had never experienced noise like it.

Stevie McDonnell said that the blast of orange infiltrating the sea of blue was noticed.

“The orange and white in the stadiums back then was unreal. You’re on the pitch focussed but you are taking it in and you see this wave of colour on the Hill and it’s just beautiful.

“I always said after that match that Dublin were my new second team.

“There was a guy living beside me in Killeavy from Dublin, he still lives there, and his Dad was always a steward at Croke Park when we were playing all those big games there.

“In the pre-match parades he’d be calling to me so I always did enjoy the Dublin support.

“I’ve always said this, and I’ve yet to do it, but I would love to go to the Hill for a Dublin match. I’ve never been in the Hill in my life for a game, I’ve been there for promotional events and photos, but I’ve never watched a game on Hill 16 and it’s something I will do.”

The parade started at 3.24pm, six minutes after Armagh had left the dressing room, and those final moments were the most torturous for Kieran McGeeney. The opening shot of the war was moments away and these duties were delaying combat. As the Artane Band turned the corner from Hill 16 to the Cusack Stand side, Geezer nearly trampled over the flag bearer in front of him, a ball of pent up energy.

He needed to save it though, the calendar may have flipped from August to September some 15 and a half hours earlier, but the temperature at Croke Park was over 20 degrees at throw-in. La Manga weather.

Half of the Armagh defence would have been particularly familiar with the opposition as they played their club football in the capital, McGeeney included. He was with Na Fianna and would have come up against clubmates Senan Connell, Dessie Farrell and Jason Sherlock.

Ballyboden had four players on show at Croke Park. Enda McNulty and Andrew McCann started for Armagh while Darren Homan and Colin Moran came off the bench for the Dubs.

McGeeney kept his troops in the huddle for an eternity, one finger raised as final instructions were relayed. Just four seconds had elapsed when he lined Ciaran Whelan up for a shoulder, but his timing was a split-second out and the Dublin midfielder was able to maintain his balance. The Armagh captain was pumped.