IF a Derry person hasn’t asked you about tickets this week then you mustn’t know anyone from the Oak Leaf County or you are self isolating - if that’s still even a thing.

The bandwagon around the Sperrins is in full flow. You can spot the stereotypical supporter a mile off and their behaviour usually correlates to the current fortunes of the team. When they’re winning, you refer to your team as 'we', but when they’re losing, it’s 'them.'

I had one approach from a chum, who will remain nameless (but he was part of a Derry senior panel at one stage and played club football for both Castledawson and Portglenone) looking a ticket for Sunday’s final.

By his own admission he hadn’t been to a Derry game in over two decades but he couldn’t care two hoots, as he and thousands of others will be decked to the hilt in red and white full of the ‘we’ around Clones on Sunday afternoon.

It is great to see the re-emergence of Derry as a force on Ulster final day and their form to date suggests they are in with a massive chance on Sunday. The bookie doesn’t care about form though and has Donegal placed as slight favourites for this Ulster decider. When you look at the cold hard facts, it is hard to fathom why Derry aren’t being the team tipped.

A comfortable dismantling of the All-Ireland champions was backed up by another top performance to easily dispose of Division One outfit Monaghan.

In last year’s Ulster opener, it took a Paddy McBrearty monster score to finally put the Oak Leafers to the sword in the 74th minute.

So the questions that people have thrown up to me in recent days are:

1. Are Derry not a better team than they were this time last year? and 2. Have Donegal improved any?

Answers to both questions may point in the favour of the Oak Leafers, but as we know, that isn’t necessarily the way football works. In Donegal’s favour, is how much they will have learned from Derry’s victories over Monaghan and Tyrone in comparison to their unconvincing wins over Armagh and Cavan. Here are some of the areas that may tip the scales.

Donegal will know the importance of getting the right man tagging Gareth McKinless from the start. It took Monaghan to half-time to get that match-up fixed but the damage was already done. He may pick his moments but when the Ballinderry man decides to punch a hole, he normally does so in devastating fashion.

Predicting who might be tasked with this job is a difficult conundrum. I could see Ryan McHugh being the man ideally suited to this, which would be a brilliant dual to watch out for should it materialise.

Going the other way, it is more likely we will see the likes of Conor Doherty tagging McHugh as Derry will attempt to match up appropriately so they can free up McKinless to keep him close to the D. But if it’s duels you are interested in, there will be plenty of others to look out for. Could we see Neil McGee parachuted back into the team to pick up Derry dangerman Shane McGuigan or will faith be shown in the emerging Brendan McCole?

Having done well on both men previously, it is almost certain that Chrissy McKaigue will go to Paddy McBrearty and Brendan Rogers to Michael Murphy. That will probably leave Padraig McGrogan to pick up Jamie Brennan and that may be the one to watch out for most.

A good start is crucial

Having the lion’s share of possession from kick-outs, more attacks and bossing the ball in general may be futile if Derry have stacked a bit of a cushion on the scoreboard early on. If you aren’t convinced by this narrative then consider the stats from the Monaghan game. Over the course of the match, the Farneymen had an incredible 62 attacks compared to just 28 for the Oak Leafers.

In comparison Monaghan had 36 shots while Derry had just 20. Banty’s men also won 10 more possessions from kickouts. Over two times the numbers of attacks, almost twice as many shots, and 10 kickouts more. You could be forgiven for thinking that Monaghan just had a bad at the office in front the posts but that isn’t entirely the case. Yes Monaghan missed some easy opportunities but there was stark difference between the organisation of both defences and the intensity levels of how they pushed out to press the ball and put the shooter under immense pressure. But crucially Derry scored 3-12 from their 20 attempts at goal. Donegal will put a massive emphasis on getting a good start to this game to make sure Derry don’t have a lead to hold onto and perhaps make them face a question they have yet to answer. Should Derry find themselves a few points down, can they come from behind to win? If no goals are scored by either team, who wins a point-for-point shoot-out?

Ciaran Thompson, Michael Langan, Jason McGee, and Hugh McFadden are a big quartet around the middle third all capable of winning primary possession. It is a no-brainier that we will see Donegal put huge pressure on the Derry kick-out and force the talented Odhran Lynch to go long. At the other end, Shaun Patton brings a little more experience and given their superior size around the middle, I can see Donegal attempt to crack the Derry defensive system by going long on their kick-outs. Rory Gallagher will be well aware of this threat so.

Derry are a team on a massive upward curve and under Rory Gallagher they have that Donegal of 2011 look about them. They will take some beating. Donegal on the other hand, are a team in which their best players are still their most important assets and who have huge experience of getting over the line on Ulster final day.

So will it be a case of 'Ooh Aah GAA on a rainy day in Clones’ or will we see the Anglo Celt heads back to ‘the Hills of Donegal’ come 6pm on Sunday?

Playing against the leading lights is why you play hurling: Antrim's Paddy Burke 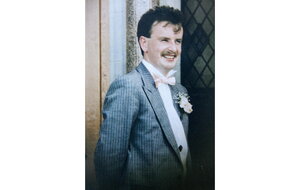