On This Day - Feb 2 2009: Liverpool reach agreement on transfer of Robbie Keane back to Tottenham, just six months after signing him in a £20.3million deal

SPECULATION was mounting last night that hurling fans have not seen the last of DJ Carey in a Kilkenny jersey.

Carey’s confirmation yesterday morning that he has retired from both inter-county and club hurling sent shock waves through the ancient game.

The Kilkenny man, still only 27, claimed that he has lost the appetite for the game and that he has decided to opt out now, during the off-season, in an attempt to give the county time to regroup from the sensational development.

Beyond saying that there had been no-fallout with either county manager Kevin Fennelly or the Kilkenny county board, the Young Irelanders clubman elaborated little further on the reasonings for his apparent departure from the sport.

The news was even more baffling given that Carey bought six new hurleys within the last fortnight.

One respected hurling commentator close to Carey said he couldn’t believe that fans have seen the last of the Kilkenny man on the field of play.

Carey said yesterday that he had told the Kilkenny management before Christmas that he wished to bow out from the game.

Kevin Fennelly is understood to have pleaded with the star to give the matter more thought before making any hasty decisions.

But Carey reiterated his intention to quit last week when he met with the Kilkenny management.

A POINT from a free by Antrim minor star Paddy Logan two minutes from time steered St Louis, Ballymena into the Bank of Ireland Ulster Colleges MacLarnon Cup semi-final with a 0-12 to 0-11 win over St Louis, Kilkeel yesterday.

St Louis, after a slow start, had the better of the second half, coming from two points behind at half-time to take the lead three times before they were pipped by Ballymena.

The turning point in the game came seven minutes from time when Kilkeel, who were trailing by a point, were awarded a penalty.

In an entertaining first half both sides missed good chances. Ballymena, thanks to the accuracy of Ruairi O’Loan and Martin McCarry, led by 0-6 to 0-4 at the interval.

Sean Paul Smith and Sean Holman were on the mark for Kilkeel, whose keeper Colm McAlinden brought off a brilliant save from Phelim McCloskey.

Within 12 minutes of the restart Kilkeel were level and a minute later Wayne Morris put them ahead for the first time. Ballymena levelled but they had to come from behind twice to square the game.

Logan shot Ballymena ahead but Smith, a minute after missing the penalty, levelled only for Logan to give Ballymena victory.

STILL young, but very much wiser, Marty Renaghan hits the comeback trail at the Waterfront Hall, Belfast on February 21.

The 23-year-old Keady battler harboured high hopes of 14 fights in his first two years as a fully fledged professional but has featured in only three to date.

The last, a disastrous Rsfr3 loss to Anthony Farnell (Manchester) in Barnsley last August, still smarts and riles. It is a situation that the former Ulster and Irish amateur star is adamant will not be repeated.

“I took that fight at short notice, and was giving away far too much weight, I’ll not be doing that again in a hurry,” said Renaghan last night.

“I took it at about four days notice. I was actually training away on the day of the fight thinking it was made at lightweight when I was told to ease up as the fight had been made at 10st.

“The only reason boxers take those sort of fights is because you never know when you will get the next one, there’s no guarantee when you will be in action.

“That makes it very difficult to plan ahead. If a fight comes up, you find it hard to turn down.”

But all the setbacks are about to change this year maintains Keady coach Sean Doran.

Doran has arranged a series of two-day sparring sessions at the Olympic gym in Cable Street, Dublin, designed to supplement Renaghan’s intensive training schedule in the Keady amateur clubrooms.

“Marty will head down to Dublin over the next two weekends for quality sparring against Paul Griffin and England’s Esham Pickering,” said Doran.

“Griffin is a feather who Marty has to go looking for and Pickering comes with something like a 10–0 record. lt’s just what Marty needs to really sharpen him up.

“He’s been going full blast at the training down here in Keady and he’s determined to get his career back on track. He always was a big hit up in Belfast and he can’t wait to get back there to prove a point.” On This Day - Feb 2 2009: Liverpool reach agreement on transfer of Robbie Keane back to Tottenham, just six months after signing him in a £20.3million deal 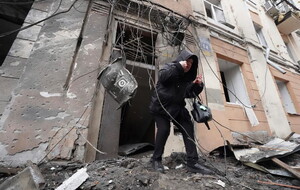