Tejada Solicitors, an English speaking law firm based in Malaga, are the industry experts with everything you need to consider if you're planning a move to Spain 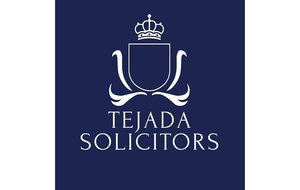 With a conservative estimate of around 370,000 UK nationals living in Spain, it is clear that the country has remained an enticing choice for retirement, relocation, and just a change of scenery. However the consequences of the UK leaving the EU can be felt in nearly every aspect of moving and living in Spain.

Naturally, people wanting to move to Spain and even those already living there would be curious about any new regulations that might concern them as well as changes to the currently existing rules.

Buying A Property in Spain

One of the most common and crucial questions is about the cost of buying a house in Spain. Unfortunately, there is no straightforward answer as the final cost of the chosen property is influenced by multiple different factors. For example, new construction properties sold by a developer or banker are taxed with a 10 per cent VAT and a Stamp Duty (AJD) determined by the specific autonomous community. In the Andalusia region, the Stam Duty is set at 1.2 per cent of the property value.

In cases involving the resale of a home, such as a transfer or a second purchase, a different Stamp Duty known as ITP is applied. The exact rate of the ITP also differs depending on the autonomous community, with Andalusia using an ITP tax of 7 per cent.

On top of the costs associated with the property itself, the buyers may also need to account for any accompanying costs. These may include Spanish Notary fees, registering with the Spanish Land Registry, paying any legal fees if lawyers or tax advisers have been hired to assist with the deal, mortgage payments, and potential banking costs.

Options For Legal Residence in Spain

After ensuring you have a place to stay in the country, how long are you allowed to reside in Spain without needing a visa? Following Brexit, British citizens can remain in Spain for 90 days in every 180-day period. In other words, you can stay for up 180 days per year in the country, provided that there is at least a 90-day gap between visits. In order to extend that period, it will be necessary to successfully apply for a long-term visa. At the moment, Spain offers six different visa options:

The Golden Visa is available to individuals who pass a particular investment threshold in the country. As for people planning to retire in Spain, their best option might be the Non-lucrative visa, as it covers individuals receiving passive income, such as pensions, dividends, rental, and investment income. To be eligible for a Non-lucrative visa, applicants must have a minimum of €27,115, as of 2021, in their bank accounts each year. The sum goes up by €6,778 a year for each dependent who is going to live with them in the country.

The Spanish government intends to introduce a new type of visa geared towards remote workers and digital nomads. The goal is to attract international talent involved in the digital and technological sectors, with the new visa expected to offer tax benefits to its holders. Instead of the typical non-resident income tax of 25 per cent, remote workers would have to pay a significantly lower rate, believed to be around 15 per cent, for up to four years. The expected requirements needed for a Remote Work visa include applicants having worked remotely for at least a year, the type of job allowing to be carried out remotely, a contract with a company for at least three months, and that the company permits remote work arrangements.

Freelancers may need to provide documentation that they are working with at least one company outside of Spain as well as the involved terms and conditions of the remote work arrangement.

Following December 31, 2020, all UK residents living in Spain have to change their UK driving license to a Spanish one. To continue driving legally in the country, it is necessary to acquire a Spanish license by passing the theory and practical driving tests. Keep in mind that although the theory test is available in English, the practical one is conducted entirely in Spanish. A potential agreement for mutual recognition of driving permits between the UK and Spain could resolve this issue. As a result of Brexit, bringing a UK-registered car into Spain has become a more complex process as they are now treated as third-country cars. In short, the car must either clear customs or receive a certificate of customs exemption. The cost of the whole process could be significant - around €1,000 without the 10 per cent duty and 21 per cent VAT taxes.

Make a lasting difference to communities as a Custody Prison Officer