More Letters to the Editor news

“AN historic occasion it was,” said a lady sitting in front of me at the 3Arena in Dublin last Saturday, and I would have to agree.

With regard to corporal punishment being  dished out in schools in the Republic, I can indeed concur from my experience as I am sure many others can also from their ordeal of Irish education system of the past.

Stalking destroys lives and it must be stopped

From the outset of my tenure as Minister for Justice, I have set out a clear and unambiguous message that stalking, in all its forms, is wrong and will not be tolerated.

Key task is to create a society built on mutual respect

The response of much of nationalism to the recent Northern Ireland census showing a greater number of Catholics than Protestants has at times been bordering on triumphalism, as if this was a political achievement.

Previous letters from me have referred to Protestants here now being a minority – the census has confirmed this.

Procedure for electing executive urgently needs to be amended

Even if he delays calling a new assembly election, the new Northern Ireland Secretary of State will still be unable to prevent future crises resulting in the intermittent collapses of the assembly institutions including the power-sharing executive itself.

The cost of living crisis, fuel poverty, the housing plight and a health service that struggles daily to cope – hardly a recommendation for the political partnership at Stormont.

Letters to the Editor: Prospect of a border referendum is now probable

A statelet artificially created 100 years ago on a purely sectarian headcount to ensure Protestant dominance now finds itself with a Catholic majority.

Corporal punishment in schools not the preserve of teachers of Irish

John Hyland (Sept 21) appears to be under the impression that the administration of corporal punishment in the Republic’s schools was the sole preserve of teachers of Irish. 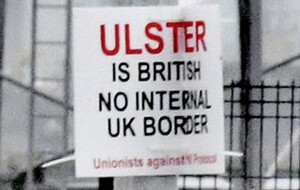 SINCE the DUP got into bed with the Tory party after Brexit in 2016 I have been concerned that our unionist leaders have been less than transparent with us. 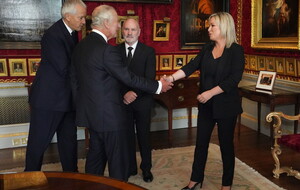 THE funeral of the queen set Sinn Féin a challenge and stage to be true to their word after May’s election, their capacity as a serious political party with all the responsibilities that go with it to act outside narrow political self-interest. 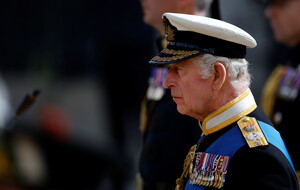 IT WAS in the early 1990s. Sir Jonathan Stephens of the NIO, knowing my admiration for Prince Charles and the excellent work of his Prince’s Trust, arranged for an invitation to be sent to me to join HRH at Hillsborough Castle for dinner. 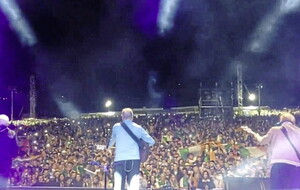 REGARDING Mr O’Fiach’s letter – ‘Sectarian chanting’ (August 25) – I was loath to reply, but his comments do need a riposte. 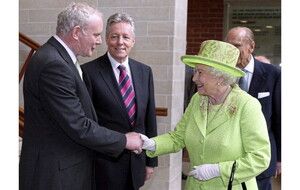 AS IRISH people, many of us have an ambivalent attitude towards the queen. 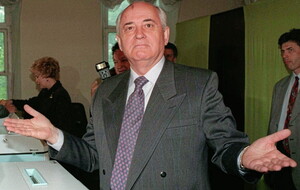 West’s biggest error was to ditch Gorbachev for Boris Yeltsin

Mikhail Gorbachev, “a man we can do business with”. But the advice he received was a cause of his downfall.

A nation’s history should be taught impartially

It is disgraceful that Rachel Durnings’ brother (August 30) was bullied at school, ostensibly for being English. Bullies will use any perceived difference as an excuse to taunt their victims.

Eugene F Parte (September 1) asks a pertinent question about the cause of the energy crisis and the current inadequate response. In short, there are different contributing factors at play which can be attributed to globalisation, left-wing activism and government policy.

At a parade organised by the Royal Black Institution in Bangor the grand master, William Anderson, became the latest loyalist to attempt to rewrite the history of the Troubles for their supporters. Anderson jumped on the political bandwagon of those who would like history to be rewritten to support their interpretation and deny the facts that are recorded and open for all to see and read.

Tom Kelly’s explanation for demise of SDLP offers no solutions

Tom Kelly’s pedigree within the SDLP is well-known and respected.

Looking back to those heady early years of this century after the GFA we seemed to be moving towards societal norms everywhere else.