The real politicians have bigger fish to fry

Recently a series of political moves suggest the UK’s fraught relationship with the EU might finally be moving towards something approaching stability. That said, the anchor attached to the Titanic is presumably also in a stable condition. Unsurprisingly, a few choreographed photo ops apart, most of the positive moves have come from the UK. First, we have had the negative, negative with the signal that the Northern Ireland Protocol Bill (the brainchild of Liz Truss) is heading for the bin. Then, with great fanfare, it was announced an electronic database recording trade between GB and NI has been completed – only three years late – and lastly, Westminster has taken responsibility to build and manage dedicated border posts in Larne to monitor trade movements. These steps demonstrate if not complete good faith, at least a seriousness of purpose, a quality previously lacking from the Tories since June 2016. For its part the EU has made conciliatory noises and apart from that not much publicly and why should they?

Looking forward, a prolonged period of masterly inactivity seems most likely as negotiations trundle on, perhaps in a series of stages, suiting everyone, except those of us living in the sick counties. It seems Sunak’s leadership style is a principle or vision-free zone which entails doing whatever any vociferous cabal of his MPs wants just to survive another day. In those circumstances why would the EU make commitments with Sunak on which he might be forced to renege or, if he is shunted out of office after disastrous May council elections, would then be repudiated by his replacement? Crucially, as we move into the third year of the protocol, DUP complaints about economic damage become ever more unsustainable. Certainly, DFDS, the global trading and logistics giant which took over a local company, put their money on a rosier outlook. For Sunak a holding pattern would suit well since without a final agreement there could be no confrontation with the ERG. As to the DUP, like Sunak they have May council elections ahead and so for them there is no rush. Indeed all the better to claim victory after gruelling negotiations to which, of course, they are not a party?
Finally, as the next Westminster election approaches, courtesy of the gift that keeps on giving, Sinn Féin’s absence, the DUP and their votes would be more important, if not pivotal again. That just leaves us unfortunate citizens watching our public services crumble and collapse, as Doug Beattie, with naïve clarity, recently noted, the real politicians have bigger fish to fry.

Devolution from the Westminster/UK government to Scotland, Wales and Northern Ireland (NI) is an integral element of the 1998 Belfast/Good Friday Agreement (GFA) and the GFA is an integral element in devolution. Exercise of devolved powers “to promote the harmonious and mutually beneficial development of the totality of relationships among the peoples of these islands” is via the British-Irish Council (BIC), the integral coordinating forum for the devolved and other constituents of the BIC (GFA, Strand 3, Clauses1 & 2).

Trans-gender issues, apparently a devolved matter in Scotland, surely come within ‘the totality of relationships’ and should have been discussed at the BIC, in which forum the Westminster government should represent only England (otherwise Scotland, Wales and NI would be doubly represented to the detriment of the other constituents – the Republic of Ireland, the Isle of Man and the Channel Islands).

As in the case of Brexit which has seriously affected ‘the totality of relationships’, the BIC and GFA have again been bypassed and ignored, this time by the Scottish government.

Consensus at the BIC is not required. Constituents can opt out of decisions and actions by other constituents (Clauses 6&7). Scotland and Northern Ireland did not have to follow England and Wales out of the EU. Constituents do not have to adopt Scotland’s Trans-Gender Bill.

Irrespective of the merits or demerits of Scotland’s trans-gender bill, Westminster should have no veto over devolved matters whether debated by the BIC or not, but Westminster and the other constituents of the BIC can make their views known.

However, having been variously ignored, bypassed and altered over the past 25 years since its inception, is the GFA now obsolete at this anniversary? Can Stormont now re-assemble without the participation of the DUP? Or, does devolution to Scotland, Wales and Northern Ireland end with the demise of the GFA?

‘Woke’ culture has gone too far

I never thought I would live to witness the moral cowardice of our respective Church leaders who are supposed to defend our Christian values. A young teacher jailed and suspended from his profession after he refused to address a child as a ‘they’, using the ‘woke’ pronoun – citing his Christian beliefs to no avail. Yet we allow our livestock to be mercilessly slaughtered without stunning because of others' religious beliefs. Ironically the college where he is employed has a Christian ethos or did have? Hasn’t this ‘woke’ culture gone too far when even our children are confused. Of course we shouldn’t discriminate, but not at the expense of our own long-established Christian family values. Strangely it is only the west that is pushing this ‘woke’ agenda, even in our schools. The rest of the world rejects this promotion. The pendulum has swung too far.  So when will our Christian leaders start defending what they preach?

What is it with our present government or any government for that matter? Over the last number of months the present government have told us that they thought they did a great job for our country when they were on the United Nations Security Council. I don’t think they did. In Palestine literally hundreds of people have been killed by the Israeli state over the past few months and it is non-stop. People are so accustomed to these killings. Does life not matter that much? Our Oireachtas many years ago voted in support of this state’s recognition of the state of Palestine. We are still waiting for that to happen. The present government did not push that agenda on the UN. I believe that most people want this to happen.  The people of Palestine deserve better. We need to act.

The real politicians have bigger fish to fry

Northern Ireland: which way to turn? 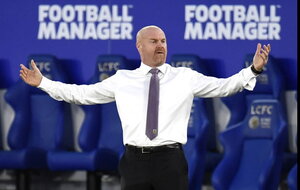