The candidates aiming to be the next leader of the Conservative party and Boris Johnson's successor as prime minister, arrived in Northern Ireland this week.

Ostensibly, they were here to woo members of the party in the north but given the tiny number of potential votes on offer, this was more an exercise in box-ticking, as our political correspondent observed yesterday, rather than a pivotal event in this protracted election process.

Of course, omitting Northern Ireland from the schedule would have looked terrible for those vying for the leadership of what is officially titled the Conservative and Unionist Party.

Few will be under any illusion that this place or its concerns are anywhere near the top of the agenda for Rishi Sunak or Liz Truss.

In fairness, there is a lot going on, both globally and closer to home, which deserves close attention. Inflation, the cost of living, runaway energy costs, the war in Ukraine and the impact of climate change, are huge issues that impact on us all.

But the lack of a functioning executive, caused by the DUP's boycott over the Northern Ireland Protocol, is a significant problem as we try to deal at a local level with the long list of challenges that are causing hardship and anxiety to many households.

The Northern Ireland Protocol Bill, which was supposed to encourage the DUP back into Stormont, is processing through Westminster but the timescale is uncertain.

Questioned about the passage of the bill, which seeks to disapply aspects of the post-Brexit trading arrangements agreed with the EU, Liz Truss told the audience in Cultra: ''It might take time to get this bill through the House of Lords.''

Not surprisingly for someone who has taken a hard line stance on the protocol, she said there would be no compromise on the European Court of Justice and free-flowing east-west trade.

Mr Sunak said he was committed to passing the bill - also conceding that it would take time - but as prime minister would seek a 'negotiated outcome' with Europe.

While neither candidate is particularly inspiring from the perspective of the many people here who see the benefits of the protocol, it is more likely that the former chancellor would take an approach that avoids an all-out trade war with the EU.

However, it is Liz Truss who is the frontrunner and we can only regard her election with considerable trepidation. 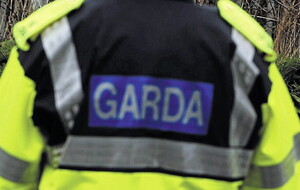