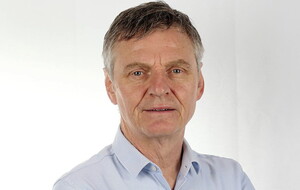 THE SETTING or 'striking' of rates every year doesn't ordinarily attract too much media attention. Cuts are exceedingly rare, freezes less so, while increases are most common but usually modest, roughly reflecting the rate of inflation. However, you won't need reminding that inflation has soared in the past year, with much of the increase blamed on the war in Ukraine, which is impacting most notably on food and energy prices. This puts extra pressure on budgets, be they household, business or public sector. More attention than usual is therefore being paid to potential rate rises, which look likely to be of a magnitude not seen for some time.

Setting the district rate annually is arguably the most important function local councils perform. It sets the level of tax that will be collected on their behalf from householders and businesses over the next financial year, to fund services such as bin collection and leisure centres, as well as paying the wages of the council's workforce. However, your rates bill is not solely based on the district rate, and is also made up of the regional rate, which is meant to be set by the Stormont finance minister. The regional rate, which in the absence of an executive is the responsibility of the secretary of state, helps pay for schools, hospitals, roads and the police. The two combined rates raise around £1.4bn in revenue, of which roughly £770m will be spent by Stormont departments and £630m locally.

Councils are currently in the process of striking their district rates. Belfast City Council is due to vote on a recommended rise of 7.9 per cent, with the north's other ten councils expected to increase their district rate by a similar level – or potentially more. As reported in the The Irish News last week, Belfast councillors were asked to consider an increase of up to 12.9 per cent.

We should know what outcome the 11 councils have agreed upon by the end of next week, after which all eyes will shift to Chris Heaton-Harris and his decision on the regional rate, which has been flat for the past three years. In a written ministerial statement last November, the secretary of state raised both the possibility of introducing domestic water charges and "increasing income from regional rates". Given the current rate of inflation – CPI is 10.5 per cent, RPI 13.4 per cent – and the budgetary pressures across Stormont's departments – estimated to be in the region of £1bn – an increase seems inevitable.

What remains to be seen is whether Mr Heaton-Harris uses the regional rate to tighten the screw on the DUP over its boycott of the institutions. Any increase, no matter how necessary, will be unwelcome but anything in excess of 10 per cent would be seen as punitive and the accompanying narrative would likely lay the blame at the feet of both the Tories and Sir Jeffrey Donaldson. However, in the midst of the outcry there will also be some quiet relief that a double-digit increase imposed by a British minister most likely spares Stormont's next finance minister from setting a similarly high rate.