California’s governor has declared a state of emergency to speed efforts to combat the monkeypox outbreak, becoming the second US state in three days to take the step.

Governor Gavin Newsom said the declaration will help the state coordinate a government-wide response, seek more vaccines and lead outreach and education efforts on where people can get treatment and vaccines.

“We’ll continue to work with the federal government to secure more vaccines, raise awareness about reducing risk, and stand with the LGBTQ community fighting stigmatisation,” Mr Newsom said in a statement announcing his declaration.

The monkeypox virus spreads through prolonged and close skin-to-skin contact, which can include hugging, cuddling and kissing, as well as through the sharing of bedding, towels and clothing.

People getting sick so far have mainly been men who have sex with men, though health officials note that the virus can infect anyone.

“Public health officials are clear: stigma is unacceptable and counterproductive in public health response,” Michelle Gibbons, executive director of the County Health Executives Association of California said in a statement.

“The fact is that monkeypox is primarily spread by skin to skin contact and sharing objects like bedding or towels, without regard to sexual orientation or gender identity.”

The type of monkeypox virus identified in this outbreak is rarely fatal, and people usually recover within weeks. But the lesions and blisters caused by the virus are painful, and they can prevent swallowing or bowel movements if in the throat or anus.

The declaration in California came after a similar one in New York state on Saturday, and in San Francisco on Thursday. Mr Newsom’s administration had said as recently as Friday that it was too soon for such a declaration.

The proclamation allows emergency medical personnel to administer monkeypox vaccines that are approved by the federal government.

That is similar to a recent law that allows pharmacists to administer vaccines, Mr Newsom’s administration said.

It said the state’s response is building on the steps developed during the coronavirus pandemic to set up vaccination clinics and make sure there is outreach to vulnerable populations in cooperation with local and community-based organisations.

California has received more than 61,000 vaccine doses and has distributed more than 25,000 doses.

“We don’t have any time to waste,” Los Angeles County Supervisor Kathryn Barger said in a statement. She said the nation’s most-populous county must use all available resources to speed the distribution of vaccines and help to those who have been infected.

As of last week, the state had expanded its testing capacity to process more than 1,000 tests a week. 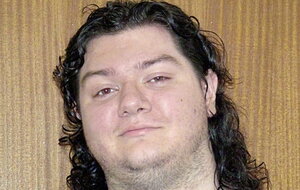