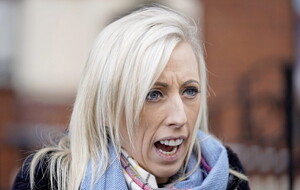 A business minister said he cannot see the Energy Bill Support Scheme payments being issued to Northern Ireland before Christmas but is hoping to “stand that up” in January.

Graham Stuart reminded the House of Commons “energy is devolved” and the executive in Northern Ireland should be dealing with the payments instead.

He told DUP MP Carla Lockhart, who asked an urgent question on the issue, he understands why her party is not part of “that executive” but added: “That has consequences.”

He said: “Energy is devolved. And I understand why her party is not part of that executive, but that has consequences and that meant that we did not start until August and we should not be doing this. The executive in Northern Ireland should be doing it.”

The Upper Bann MP said people in Northern Ireland need a “firm commitment” from the Government that the payments would be issued before Christmas.

She said: “Whilst across GB, households have received their Energy Bills Support payment, my constituents and people right across Northern Ireland have not.

“£400 has been dangled in front of them but remains beyond their grasp. The promise of an additional £200 in recognition of our dependence on heating oil also remains unpaid.

“The previous prime minister assured the people of Northern Ireland that a payment would be issued in November. Today, November draws to a close and no payment.”

Mr Stuart said he met energy supplier CEOs last week and “they are not ready”.

“Their systems do not allow the dispensing, the cashing out and – I hope she agrees with me – I don’t want to see a stranded credit to an electricity account that people can’t access.

“I’ve insisted that we find a way to make sure that people can cash that out and use it to meet their heating oil bills this winter. That is my insistence”, he said.

Mr Stuart said he is “determined to find a way to ensure that we can allow cashing out this winter” but does not see, “given the situation”, how “we are going to be able to stand that up before Christmas”.

He added: “But we are aiming to stand that up in January if we possibly can. That is my aspiration and my aim and is what I’m seeking to achieve.”

Shadow business minister Kerry McCarthy said: “It is not good enough to let this issue drift.”

She said: “The Northern Ireland Utility Regulator said in August that he believed there was a simple mechanism to get the money out and he had been left frustrated that the Government hadn’t taken this forward.

“So can the minister please explain why this option put forward by the Northern Ireland Utility Regulator has not been taken forward and how much longer people in Northern Ireland will have to wait for the support?”

Mr Stuart said he could assure MPs “if it were possible, and whatever people may have heard from suppliers, when I met the CEOs last week, they told me they needed more time”.

He said: “They told me they didn’t have the systems to do cashing out. I told them that was not acceptable. And that is why I’m on a daily basis holding them to account and making sure that we push, so that we can get this out as early in the new year as possible – because Northern Irish families deserve better than what they have right now.”

Previous Stormont ministers werent doing nearly enough on fuel poverty - there was already no strategy & no Warm Home scheme - but Household Support has been rolled out elsewhere & solutions for our region outlined for months. Ransom politics are making this winter harder for all pic.twitter.com/XwduVZQZ1S

SDLP Cost of Living Spokesperson Matthew O’Toole said that the blame for the delay lies with the DUP.

Mr O’Toole also slammed the British government for their failure to get the payment out to struggling families before Christmas.

He said it would be much easier to get the payment out with an Assembly and Executive in place.

South Belfast MLA Mr O’Toole said: “The news that the £600 energy support payment won't make it to people in Northern Ireland before Christmas will be an incredible blow to many families who were waiting for and relying on this money. There will be people finding it difficult to pay their food, fuel and energy bills who had budgeted to the last penny to get through the festive period, after repeated reassurances that this payment was coming.

“People here have been abandoned – abandoned by the DUP who would rather use people in our communities who are going cold and hungry as a bargaining chip for their own narrow, identity driven politics and by a British government who have proven time and time again they couldn’t care less about the issues impacting people in the North.

“Families in England, Scotland and Wales have begun to receive this support. People in the South are being protected by a raft of proposals designed to defend people from the worst aspects of this emergency. The fact remains that if we had an Executive and Assembly in place we would have stood a better chance of getting this money to those who need it. The DUP can keep shouting and protesting, but it is their boycott of the institutions that is punishing people here.

“The SDLP has repeatedly raised this payment at Westminster and our MPs have done everything in their power to hold the government to account. These delays will leave pensioners suffering in cold homes, children missing meals and parents cracking under the pressure of trying to keep everything together. The British government’s indifference to the plight of people here should serve as a message to those who advocate for the status quo and refuse to engage in conversations around a better, brighter future for everyone on this island.”