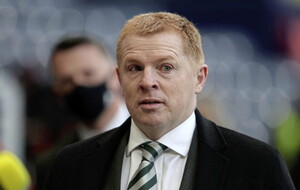 Scottish pop star Lewis CapaldiI has disclosed how his neighbour Neil Lennon used to leave notes on his car when he parked in his space.

In conversation with Clyde 1, Mr Capaldi said: “I live in a flat in the West End and I’m renovating that house.

"It’s honestly the biggest stress of my life."

He became embroiled in a car parking 'war' with his neighbour Lennon.

Mr Capaldi, who is a Celtic fan, said: "I parked in his space a couple of times, and I got notes on my car door.

"So, if you’re listening Neil, I apologise - just ask me to move it and I’ll move it!”

Mr Lennon is now managing out in Cyprus with Omonia Nicosia,was manager twice of Celtic after an illustrious playing career at the club.