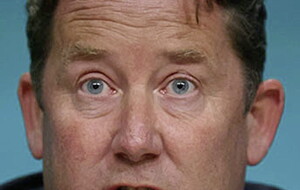 THE Republic's housing minister has defended his track record during a Dáil debate on whether a housing emergency should be declared.

In tense exchanges across the chamber, Sinn Féin accused Darragh O'Brien of being "an embarrassment", and the minister in turn accused his opposition marker of being arrogant.

Introducing the motion on Tuesday evening, Sinn Féin's housing spokesperson Eoin Ó Broin said that if a housing emergency is declared, "then as night follows day, emergency actions must follow".

Addressing a repeated charge from Taoiseach Micheál Martin that the opposition has no alternative plan to solve Ireland's housing crisis, Mr Ó Broin said that Sinn Féin is calling for a ban on rent increases, an end to no-fault evictions, and that 20,000 social and affordable homes a year should be built.

Addressing the minister, Mr Ó Broin said: "Join with us to declare an emergency and finally accept that you have to change your housing policy. Or if you don't, the people will change the government."

"Two-and-a-half years, minister. You're out of time, we urgently need a change."

Independent TD Catherine Connelly said that the Green Party needs to decide what level of homelessness is acceptable, as official figures have put the figures at record highs for three months in a row.

She said that the minister's Housing for All plan represented "housing for some", and that there was an inbuilt "snobbery" in the State's current approach to providing housing.

Various opposition TDs also criticised comments made by Tánaiste Leo Varadkar at the weekend, where he made the claim that the "grass looks greener" abroad but that rents were not lower.

Responding to Sinn Féin's motion, Housing Minister Darragh O'Brien said that there was nothing more important than tackling the housing crisis "head on", and claimed that his Housing for All plan represented a "fundamental step change".

He said: "The scale of the challenge is enormous, housing is an emergency for all of those people who are homeless, struggling to pay rent, or trying to find somewhere affordable to buy and I've repeatedly said that.

"But there is light at the end of the tunnel and Housing for All will get us there.

"The plan is starting to work and will deliver 300,000 new homes by 2030 to finally help to solve the housing crisis that we're in."

Outlining the policies he believed represented this change, Mr O'Brien listed the "game-changer" shared equity scheme, the expansion of the Help-to-Buy scheme, a €50,000 grant for vacant and derelict properties, and affordable purchase homes starting at €166,000 in Dublin.

He also cited the cost-rental plan, where homes are available at 25 percent below the market value, and the one-off renters' tax credit announced as part of Budget 2023.

"We've banned co-living and will end build-to-rent only apartments," he added.

"I want to assure the Dáil that I will use every weapon in our armoury to get bricks and mortar into the ground for homes for working people that they can afford, and support those without adequate shelter."

He said that the Sinn Féin motion was "a cynical approach" that was "about semantics", and there was no detailed plan from the opposition.