A call has been made to loosen the Republic of Ireland's abortion laws to extend the “rigid” 12-week limit and the mandatory three-day waiting period, which a reproductive group has said is “harming women”.

A medical abortion is available up to 12 weeks in the Republic of Ireland under legislation enacted following the Eighth Amendment referendum where the Irish public voted to liberalise its strict abortion laws.

Abortions after 12 weeks are only legal in Ireland if there is a serious threat to the life or health of the mother or where two clinicians agree there is a fatal foetal abnormality.

The Department of Health is carrying out a review of the Regulation of Termination of Pregnancy Act 2018, which has been promised before the end of the year.

The activity report by the Irish Family Planning Association (IFPA) showed that of the 758 clients who accessed abortion care through the IFPA in 2020 and 2021, 89% were less than nine weeks pregnant at the time of their abortion.

The organisation said that this suggested that women know where and how to access care.

Of the women who availed of IFPA care, 92% self-managed their early medical abortion at home.

The remaining 8% of IFPA clients, whose pregnancies were between 10 and 12 weeks or who had other additional medical needs, were referred to hospitals for their abortion care as is required.

Most women who used the IFPA’s abortion service live in Dublin, but approximately 50 travelled from Meath, Kildare and Wicklow each year and a small proportion come from further afield, travelling from counties such as Carlow, Wexford, Laois and Offaly.

Some 3,323 counselling appointments were provided by the specialist pregnancy counselling service in the same time period.

But the IFPA has warned that an expansion of the services is needed.

“One day can make a difference between a woman being able to access abortion services here or being forced to travel because of the 12-week rule. That’s highly distressing,” IFPA director of counselling Roisin Venables said.

IFPA chief executive Niall Behan said that the 2018 abortion laws meant that most women in Ireland “now have timely access to local abortion care, without having to explain or justify their decision”.

He called it “transformative” for reproductive health.

But he added: “Due to the rigid 12-week limit for abortion care, hospital referrals for pregnancies over 10 weeks can be intensely pressurised and very stressful for women, IFPA doctors and hospital staff.

“Our experience reflects World Health Organisation (WHO) guidance, which is clear that gestational limits cause harm and should be removed.

“We also know from our specialist pregnancy counselling service that women are excluded from abortion care because of the 12-week limit. Our counsellors support women who are denied care in Ireland and forced to travel abroad for abortion services.

“These women experience significant stress, distress and stigma, as well as enduring the financial and logistical burdens of accessing healthcare in a different country. Forcing people to travel for abortion care is cruel and inhumane. It must stop.”

Dublin man in court over altercation at political conference in hotel 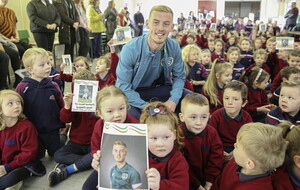