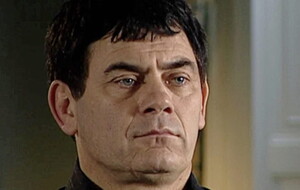 Gerry 'The Monk' Hutch, due to go on trial for murder

A FORMER Sinn Féin councillor has pleaded guilty to facilitating the murder of a man during a boxing weigh-in at a north Dublin hotel.

Jonathan Dowdall (44), of Navan Road, Cabra, Dublin, pleaded guilty along with his 65-year-old father Patrick to assisting a criminal organisation carry out the killing of David Byrne in February 2016.

The pair were due to go on trial on Monday before Dublin's Special Criminal Court.

The trial of Gerry 'The Monk' Hutch, of the Paddocks, Clontarf, Dublin, for the murder of Mr Byrne at the Regency Hotel will proceed on Monday before the same court.

Mr Dowdall, who resigned his seat on Dublin City Council in 2014, pleaded guilty to "participating in or contributing to activity intending to or being reckless as to whether such participation or contribution could facilitate the commission of a serious offence by a criminal organisation".

He and his father pleaded guilty to making a room available at the Regency Hotel in Drumcondra on the day of the killing, one of at least 17 linked to a long running gangland feud in the city.

Both men are on bail but Dowdall was led away from the court by gardaí via a secure area and did not use the main public entrance, according to reports.

Byrne was shot dead at the hotel after five men, three disguised as armed gardai, one male dressed in female clothes, stormed the building.

Mr Hutch was extradited from Spain after his appeals against extradition were by Spanish courts.

Two other men are due to go on trial on Monday. Paul Murphy (59), of Cabra Road, Dublin, and Jason Bonney (50), of Drumnigh Wood, Portmarnock, are both charged with supplying logistical support to the team that carried out the murder.