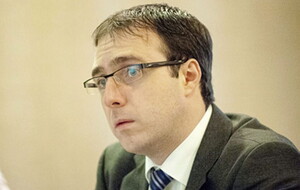 The Taoiseach and the Tánaiste’s support of junior minister Robert Troy during the controversy surrounding his property interests raises “serious questions” about their judgment, Sinn Féin leader Mary Lou McDonald has said.

He quit yesterday over a series of “errors” he made in declaring his property dealings to the Dáil register of members’ interests.

In a statement the Longford-Westmeath TD said he had not tried to conceal anything, adding “my biggest offence is my lack of due diligence”.

Last week he confirmed he had to make seven amendments to the Dáil register.

The Standards in Public Office Commission (Sipo) and the Dáil Committee on Parliamentary Privileges and Oversight are being urged to investigate matters related to his property interests.

Ms McDonald said: “As each day passed, further revelations about Minister Troy’s behaviour as a landlord came into the public domain.

“Properties that had failed to be registered with the Residential Tenancies Board, a property without fire certification, RAS arrangements not declared in the Dail register, other interests not properly declared, and the list went on.

“Throughout this period both the Taoiseach and the Tánaiste offered their full support, describing Robert Troy as a ‘first-class minister’.”

She added that yesterday’s “inevitable” resignation by Mr Troy “casts very serious questions on their judgment and those are questions that will not go away as a result of this action”.

Ms McDonald tweeted: “Disastrous government housing policy will not change simply with the exit of one minister. We need to see the back of the whole government.

“Only with a change of government will we see housing policy designed for workers and families, for the people. FF/FG look after vested interests. Always.”

A spokesman for Mr Martin said yesterday that it was “with regret that the Taoiseach has accepted the resignation of Minister of State Robert Troy”.

He described Mr Troy as a “very committed, hardworking and efficient” junior minister whose “dedication to his work has been beyond question”.

“The minister clearly acknowledged that he made serious errors in relation to his declarations to the register of members’ interests, and he sincerely apologised for this,” the spokesman said.