AN investigation has been launched into the circumstances surrounding the dawn demolition of the former Dublin home of 1916 leader Michael Joseph O'Rahilly.

O'Rahilly House in Ballsbridge was bulldozed early yesterday to make way for luxury apartments and a hotel development.

Its demolition had been approved by An Bord Pleanála but Dublin city councillors had voted to start the process of listing the building as a protected structure.

Taoiseach Micheál Martin told the Dáil the property should not have been knocked down, after Aontú leader Peadar Tóibín branded the demolition "cultural vandalism".

Mr Martin said "iconic and historic locations such as this should be preserved or at a minimum incorporated into any new developments".

Michael Joseph O'Rahilly - known as 'The O'Rahilly' - was the only leader of the 1916 Rising to die in battle and his home is said to have been used for meetings during the period.

While planners had approved an application by the developer to demolish the building, there was opposition from residents, heritage organisations, city councillors and the Department of Culture and Heritage.

In a statement, Dublin City Council said it was "currently investigating the circumstances surrounding the demolition of 40 Herbert Park. Once the City Council has ascertained the facts it will take any appropriate action." 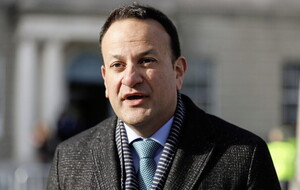