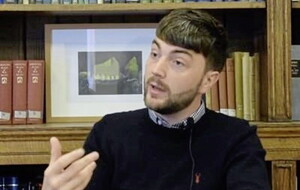 THE system of mandatory coalition underpinning power-sharing in the north had been the focus of gathering debate before the latest Stormont collapse.

A cornerstone of the Good Friday Agreement, it ensures – in theory – cross-community support for governance, but in practice has often led to stalemate.

Removing the rules preventing major parties on either side of the political divide being excluded from an Executive, and shifting to a voluntary model, is favoured by many as a long-term solution.

DUP leader Jeffrey Donaldson last year spoke in favour of it at a Westminster committee, saying that voluntary coalition would follow parties reaching a "level of political maturity".

Taoiseach Micheál Martin described the current system as "not fit for purpose" in October, stating it "constantly reinforces polarisation".

But could a voluntary coalition really be the key to good governance, or would it mean more division as unionist and nationalist blocs wrestle for dominance? Would the public even support the major reform required to introduce it, or have a say?

Read more: What is Joint Authority?

The first power-sharing executive, led by Ulster Unionist David Trimble and the SDLP's Seamus Mallon, held its first meeting in December 1999, but with DUP ministers boycotting in protest at the presence of Sinn Féin

Some answers may be found in the outworking of a forum held in March at Queen’s University Belfast.

A joint research project with the University of Liverpool’s Institute of Irish Studies, it led to the publication of a report, Public Attitudes to Institutional Reform in Northern Ireland, that among other things explored thoughts on a voluntary Stormont system from the forum’s 46 participants, chosen to be broadly representative of the north's population.

"People felt it would lead to an all-unionist or all-nationalist government. Many of the older participants in particular were worried that could mean an unbridled system of power for parties that could command a vote of 50 per cent plus one," said Dr Haughey, who wrote the report with QUB's Dr Jamie Pow.

The report states that some feared such a 'simple' version of voluntary coalition could be "destabilising" or even "trigger unrest". However, a 'qualified' version, containing safeguards to ensure some form of cross-community representation, was more positively received.

But as Dr Haughey highlights, the days of only two blocs in Stormont are gone, thanks to the rise of the Alliance Party as 'others'.

"Any future voluntary coalition would likely mean Alliance would benefit. It’s likely they would more often than not be in a coalition with the nationalist side, given their stance on many social issues, for example. But they would have a delicate balancing act to achieve, because of the criticism that already exists among sections of unionism that they already side too often with nationalism.

"Whatever the case, Alliance would be the kingmakers at Stormont, and would hold a lot of power."

The downside to the Alliance position is that they would miss out on the ability to take stock and lick wounds in an opposition.

"Parties can actually benefit from being out of office at times, so there’s a trade-off there with their position of strength," Dr Haughey adds.

"We almost titled the report ‘Better the Devil You Know’," Dr Haughey said.

This hesitancy to change means that any proposed reform would require explicit public consultation in order to gain confidence, he added.

"In 1998, we got the blueprint for the system of government we were getting. My concern is that any change would be done without the public conversation it would require.

"They have tinkered with devolution behind closed doors from the era of the St Andrews Agreement onwards. I think we have reached the limit of institutional reform taking place in back rooms.

The devolved institutions were rebooted following changes made in the St Andrews Agreement in 2006, leading to an unlikely partnership at Stormont between DUP leader Ian Paisley and Sinn Féin's Martin McGuinness. Picture by Justin Kernoghan

"There needs to be public involvement in any real change. The smart thing would be for an Assembly and Executive to lead that conversation in the open."

He said a forum similar to the old Assembly roadshows of the late 2000s, with panels of MLAs answering questions, or hosting 'town hall'-style events, would be the way to best educate and inform voters on the pros and cons of reform.

Social media could also play a vital role, but a careful approach must be struck, Dr Haughey warns, due to the potential for disillusionment by a public tired of political instability.

"All of the public bandwidth in recent years has been taken up by Brexit and subsequently the protocol, and that has a cost," he said.

"Reforming mandatory coalition isn’t a very sexy topic, and there would be challenges in getting people fully engaged.

"I’m a little worried that there could eventually be a move toward reform, but done by party leaders only, and I believe that would lack any democratic legitimacy."