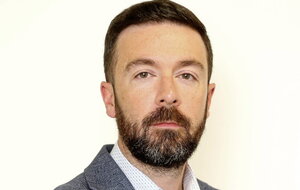 LIVING in the middle of a village, you become accustomed to road noise.

Even so, every now and then the noise reaches a level when you know something is wrong.

When a crash happens on the A5 between Omagh and Ballygawley, there's a decent chance you’ll have been diverted past my front door in the village of Beragh. There’s a sickening familiarity to the noise.

In late October, 21-year-old John Rafferty lost his life when his car was involved in a collision with a tractor at Augher Point Road. Three weeks earlier, 66-year-old David Gilmore died in the RVH after leaving his motorcycle on the A5 near Beragh on September 17.

In between, Sammy Patterson, a man aged in his eighties, who presumably drove the A5 for much of his life, died on September 29 after a crash the day before.

It was July 17 2007, during an era when much of the island was being connected by modern road infrastructure, that the Executive agreed (with the promise of £400m from Dublin) to proceed with a £500 million dual carriageway scheme to replace the A5.

Some of that Dublin cash went into the new A8. Larne got its road, but after 16 years, three legal challenges, 44 graves dug and £80m spent, the prospect of a modern and safe A5 seems as far away now as it did in last global recession.

The latest costings estimate a 58-mile dual carriageway from Derry to Aughnacloy at around £1.6 billion.

Two decades ago, it was another road in Tyrone claiming the headlines.

In the six years before the A4 dual carriageway opened in 2010, nine people died in 97 collisions on the old road linking Dungannon with Ballygawley.

In the six years after it opened, just 19 road traffic collisions were recorded on the new 13-mile A4, 17 of them classed as minor.

From being announced to becoming fully operational, it took six years and around £120m to complete.

A smaller project by comparison, but a clear example of the difference a dual carriageway can make.

Opponents of the A5, a mixture of landowners and environmentalists, either argue for a downgraded upgrade (you may need to read that again) or are completely opposed.

Proponents point out that the number of access roads, home and properties along the A5 make upgrading the current road unviable.

Whatever the cost, either in terms land or public finances, there’s a tragic inevitability that more families will pay the ultimate cost before long.