The Banshees of Inisherin for the best film? No feckin' chance 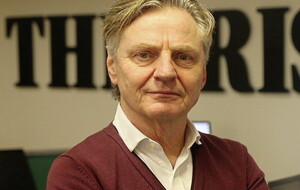 I LONG ago banished any notion that the Oscars represent the cream of the previous year's cinema, so I'm not surprised that The Banshees of Inisherin has received nine nominations, including one for best picture.

It's worth remembering that a year ago there were seven nods for Kenneth Branagh's Belfast, another equally mediocre, over-hyped film that we were expected to celebrate on the basis of its geographic connection.

I'll concede that I watched Banshees from the comfort of an armchair at home rather at the cinema, where its sweeping, seductive shots of Inis Mór and Achill are arguably best savoured. The beauty of these locations is unquestionable, as is my affinity with them, but alas landscape alone does not a great movie make. The coalescence of cinematography, screenplay and plot is what matters to me. Acting is almost secondary, at least insofar as its strength should be subliminal rather than conspicuous, which is how I found Colin Farrell's affected performance. Brendan Gleeson was adequate in a variation of a role he's played countless times before, with the best performances coming from the supporting cast.

Island life of the 1920s, with its afternoons spent in the pub, was romanticised, while allusions to the Civil War, both spoken and allegorical, were so obtuse as to render them pointless. The basis of disagreement between the two protagonists was unconvincing, while liberally peppering the dialogue with "feckin' this and feckin' that", served only to emphasise the paucity of substance in the writing – unlike the obvious comparison of In Bruges. Cast as a comedy-drama, the last laugh is on those who naively believe that The Banshees of Inisherin somehow represents cinematic greatness.