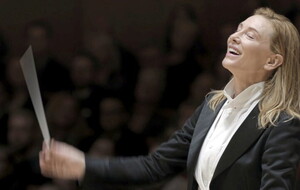 THE sci-fi hit Everything Everywhere All At Once leads the field at this year's Academy Awards, with 11 nominations.

Starring Michelle Yeoh, it follows a woman who hops through the multiverses as different versions of herself. Among its nominations are for best picture, best actress and best supporting actor and actress.

Closely followed by The Banshees of Inisherin and Edward Berger’s anti-war epic All Quiet On The Western Front with nine nominations each, other top best picture nods announced yesterday include Top Gun: Maverick, The Fabelmans and Avatar: The Way of Water.

English actress Andrea Riseborough joined frontrunners Cate Blanchett and Yeoh in the best actress category, while Michelle Williams was also nominated following a campaign to recognise her acclaimed performance as Mitzi, the piano-playing mother in Steven Spielberg's The Fabelmans.

Nominees for the Best Actor category include Irish stars Colin Farrell for The Banshees of Inisherin and Paul Mescal for coming-of-age drama Aftersun as well as Austin Butler, Brendan Fraser and English acting veteran Bill Nighy.

Noticeable snubs came for Black Panther: Wakanda Forever, Babylon and The Whale, which did not feature on the list.

Elsewhere, Charlie Mackesy's heart-warming story The Boy, the Mole, The Fox And The Horse received an Oscar nomination for best animated short film.

Oscar-winning English designer Jenny Beavan was nominated yet again in the best costume category, for her work on Mrs Harris Goes To Paris.

The star-studded Oscars ceremony will be hosted by US talk show host and comedian Jimmy Kimmel.

Flooding and travel delays for southern England amid weather warnings