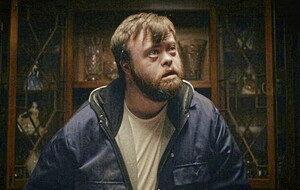 James Martin in An Irish Goodbye

IRISH talent leads the way at the Oscar nominations with the greatest ever haul of Academy Award nods in major categories.

There were nine nominations for The Banshees Of Inisherin, while An Irish Goodbye, starring Belfast actor James Martin and filmed in rural Northern Ireland, also among the short-list and An Cailín Ciúin (The Quiet Girl) became the first ever Irish language film to be nominated.

Filmed off the west coast of Ireland, at Inis Mór and Achill Island and set during the Irish civil war in the 1920s, The Banshees Of Inisherin has won writer-director Martin McDonagh nominations in the Best Picture, Best Director and Best Original Screenplay categories with stars Kerry Condon, Colin Farrell, Brendan Gleeson and Barry Keoghan also among the short-list.

He said last night he is "beyond honoured".

Farrell said: "(I'm) just so grateful to the Academy for all the love it's shared with the Banshees' cast and crew. Also, beyond honoured to be lumped together with my fellow nominees. A heartfelt congratulations to all the lads."

It continues Farrell's successful awards season run, having been nominated for both a Critics Choice and Screen Actors Guild gong.

With additional nods for music and film editing, the movie can now claim the record for the most nominations for an Irish film with Belfast and In the Name of the Father previously holding the record, with seven nominations each.

Joining Farrell on the Best Actor shortlist for his performance in Aftersun is Paul Mescal, with all of the Irish actors being first-time Oscar nominees.

Paul Mescal has made the Best Actor shortlist for his performance in Aftersun. Picture by PA Photo/MUBI/Sarah Makharine

The nominees for the 95th annual Academy Awards were announced yesterday by Riz Ahmed and Allison Williams, in-person for the first time since the start of the coronavirus pandemic.

It was filmed in Templepatrick, Saintfield and the Sperrin Mountains. Set against the backdrop of a working farm in rural Northern Ireland, it is a black comedy following the reunion of estranged brothers Turlough and Lorcan after the untimely death of their mother. The brothers' pained reunion is worsened by the fact Turlough must now make new care arrangements for Lorcan, who has Down syndrome.

James Martin in An Irish Goodbye

Irish box office hit An Cailín Ciúin (The Quiet Girl) was also nominated for Best International Feature Film and became the first Irish language feature film to be selected for the short-list.

Based on Booker-prize nominated author Claire Keegan's novella Foster, the Irish adaption explores how Cait is sent from her family in rural Ireland to stay with relations in Ring, Co Waterford, an Irish-speaking area, in 1981.

Writer and director Colm Bairead and producer Cleona Ni Chrualaoi said in a joint statement: "This is a truly historic and meaningful moment for Irish film, the Irish people and the Irish language. Never before has an Irish film been nominated in this category. Never before has Irish-language art been given such a platform."

Other Irish nominees include Jonathan Redmond for his film editing on Baz Luhrmann picture Elvis and Irish animator and visual effects supervisor Richard Baneham got another nod for Avatar: The Way of Water for visual effects.

The Oscars will take place on March 12 at the Dolby Theatre in Los Angeles.