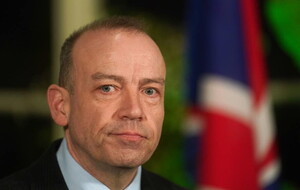 Senior medics have written to the Northern Ireland Secretary requesting an urgent meeting to discuss the ongoing health crisis.

The letter to Chris Heaton-Harris has been co-signed by the Northern Ireland leads for the Royal Colleges representing surgeons, emergency medicine, general practitioners, nursing, anaesthetists and paediatrics and child health.

The health leaders said the meeting had to take place without delay due to the “continuing alarming situation, sustained pressures on staff and consequences on patient care”.

Northern Ireland’s health service has been impacted by severe pressures in recent months. The region also has the worst hospital waiting lists in the UK.

Health is a devolved matter, but in the absence of a functioning powersharing executive, Mr Heaton-Harris was forced to step in and set a budget for government departments.

The letter from the Royal Colleges said the absence of an Assembly had put them in an “impossible situation”.

It added: “We are doctors and nurses that look after people during the most vulnerable points of their lives. It is a privileged job.

“We must speak up for our colleagues and patients. We must try to find ways to improve a very difficult situation that shows no sign of improving.”

The medics said they wanted to raise their concerns in person with the Northern Ireland Secretary.

Their letter continued: “On a daily basis, we see the real dangers of normalising the unacceptable. It is now commonplace to see patients receiving corridor care.

“Ambulances are regularly stacked up outside waiting to offload very sick patients. There are patients waiting huge delays for care to start in crowded emergency departments.

“Patients are being admitted for surgery that cannot be undertaken in routine circumstances anymore.

“Furthermore, prior to admission they have waited far too long, on what are labelled the worst waiting lists in the UK.

“For children, the situation is equally intolerable. Some face waits of up to four years and more for elective care to begin.

“Paediatric services are working hard across the piece to care for unprecedented numbers arriving via emergency departments and through outpatient waitlists.

“Nursing staff are leaving in droves because of unsafe staffing levels. General practice is in crisis and at risk of total collapse.

“All of the above means staff are suffering from moral injury, anxiety and burnout.”

The latest letter to Mr Heaton-Harris emerged a day after the five largest parties at Stormont urged him to intervene to process a new organ donation law.

The opt-out system was passed by MLAs at Stormont last year but the enacting of the legislation has been delayed due to the political stalemate.

The leaders of seven education bodies have also called for an urgent meeting with the Northern Ireland Secretary to discuss the funding of schools.