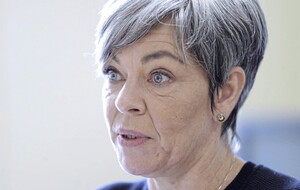 A RULING by the Supreme Court that a bill to ban anti-abortion protests at clinics in Northern Ireland is lawful has been described as "a progressive step forward".

The UK's highest court ruled that the bill does not "disproportionately interfere" with protesters' rights.

The bill, which would make it an offence for a person to protest in a designated safe access zone, was deemed as "compatible" with the rights of protestors.

Lord Reed, in delivering his judgement, told the Supreme Court that the restrictions of the clause were "proportionate", "rational" and "necessary". He also said the ban will ensure the safety of medical professionals working at abortion services clinics saying the bill had a "legitimate aim".

Former assembly member and Green Party leader Clare Bailey had developed the bill to set up so-called safe access zones outside clinics where abortions are carried out. It was voted through the Stormont assembly earlier this year.

It makes it an offence to "directly argue or harass people who may be attending the clinics or to obstruct access to the premises in question". The legislation can now go on to become law, however, it remains unclear how long it will take to implement.

Writing on social media after the ruling, Ms Bailey said: "The UK Supreme Court has just ruled that my Abortion (Safe Access Zones) (NI) Bill is within the competence of the Northern Ireland Assembly meaning it can now proceed for Royal Ascent to become law.

"No-one should be face harassment and intimidation accessing healthcare, this is a progressive step forward to provide protection for patients and healthcare workers," she said.

Paula Bradshaw of Alliance said it was a "welcome step for women’s rights to access healthcare and further evidence of the benefits of a functioning Stormont".

"We were proud to offer all possible support to this Bill when it was brought forward by Clare Bailey, and we welcome today’s ruling by the Supreme Court," she said.

"We were always content the balance between freedom to protest and freedom to access healthcare had been met by the bill, as amended."

"Abortion clinic ministry has already saved lives in Northern Ireland and will continue to do so in spite of today's judgment," the group said.