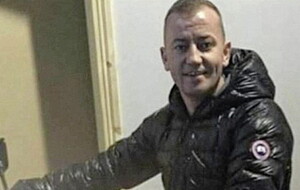 David Byrne was shot dead at the Regency Hotel

A FORMER Sinn Féin councillor told gardaí he was living in fear of the Hutches, Kinahans and IRA, a court has heard.

An officer made the comments during the trial of Gerard Hutch, who is charged with the murder of David Byrne.

Mr Byrne was killed during a boxing weigh-in at Dublin's Regency Hotel in February 2016. Five men, three disguised as armed police in tactical clothing and carrying AK-47 assault rifles, carried out the attack.

On Friday, the court ruled that secret recordings of conversations between Hutch and the Jonathan Dowdall were admissible evidence. The pair were recorded on a journey to Northern Ireland.

Yesterday, an officer gave evidence about Dowdall and his wife's first meeting with police. Dowdall was due to stand trial for Mr Byrne's murder alongside Hutch, but pleaded guilty in advance to a lesser charge of facilitating the Hutch gang by making a hotel room available ahead of the murder.

The Special Criminal Court in Dublin heard that gardaí understood Dowdall's motives in talking were to tell the truth because he believed he and his father had been used because of his republican contacts.

He told the three judge non-jury court Dowdall intended to say this in his defence.