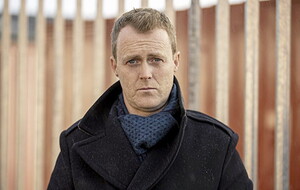 FORMER SDLP deputy leader Nichola Mallon is to take on a new role as the public face of the north's haulage sector.

In an appointment announced today, she will succeed Seamus Leheny as policy manager for Logistics UK - previously known as the Freight Transport Association (FTA).

Ms Mallon confirmed in October that she would not be returning to politics.

The former infrastructure minister was first elected as an MLA in 2016 and previously served as a councillor Belfast City Council, including a term as lord mayor.